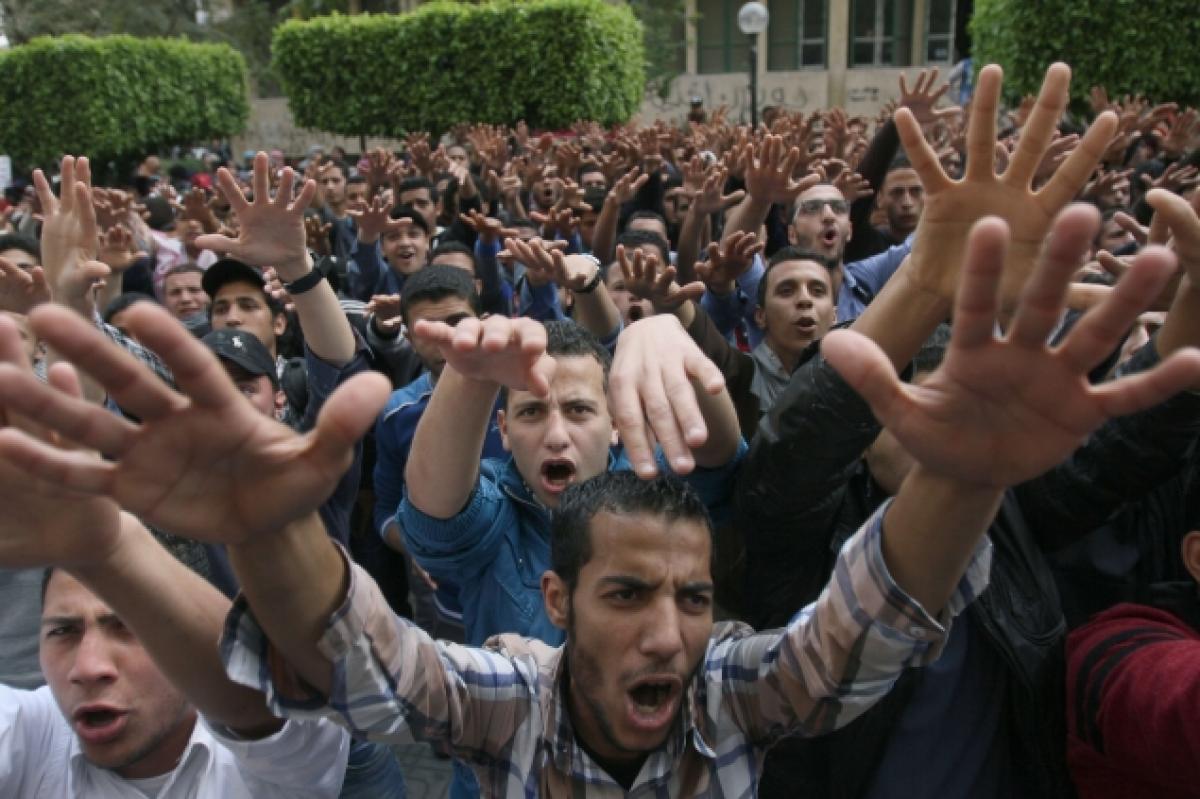 Cairo University expelled on Friday 23 students it accused of violence and vandalism within the university campus during protests held last Wednesday.

The pro-Mohamed Morsi Students Against the Coup (SAC) movement organised nationwide protests in universities on Wednesday to condemn the arrest of students and the harsh verdicts some of them are served. The protests soon escalated to clashes with security forces, leaving two students killed.

In an official statement released on Friday, Cairo University Chairman Gaber Nassar stressed that the university “will not tolerate students who practice violence and vandalism on campus,” adding that such students will be dealt with according to the law. Nassar said he would make use of a newly added article to the law governing universities.

The article, proposed by Nassar and discussed during a meeting of the Supreme Council of Universities on 5 January, entitles university chairmen to expel students who practice “terrorist acts” or vandalism which “harms or endangers the educational process”, incite violence or assault people and public or private properties. The expulsion should follow investigation into the incident which incriminated the students.

The SAC described the expulsion of students as a “continuation of the series of oppression… of students” in a statement released on Friday. The movement accused the university of “sacrificing students to please … the military.”

Cairo University also expelled from the university’s dorms some students accused of participating in Wednesday’s violence.

Nassar delegated a group of university personnel from the legal department and the administrative security to go through the videos taken by the university’s surveillance system of the clashes and list students who participated in the violence.

The university statement added that the public prosecution visited the site of the clashes and inspected the losses. Upon screening the university, the prosecution reportedly discovered three homemade bombs, one of which went off at the Faculty of Law while the other two were reportedly defused.

The university accused the students of destroying the main gate of the Faculty of Law administration, destroying surveillance cameras and raising the flag of the terrorist group Al-Qaeda. Some students were photographed carrying the black flag of the Islamic State of Iraq and the Levant.

The SAC movement accused security forces of attacking protesting students in Cairo University with teargas canisters, birdshot and live shots. The movement claimed that two female students at the Faculty of Engineering were shot with live ammunition while attending class during Wednesday’s clashes.

Wednesday’s clashes were the first to take place since the second academic term started on 8 March. The Supreme Council of Universities signed in February a protocol with the Ministry of Interior to secure university campuses, authorising security forces to be present outside universities and only interfere on campuses with the permission of university chairmen.