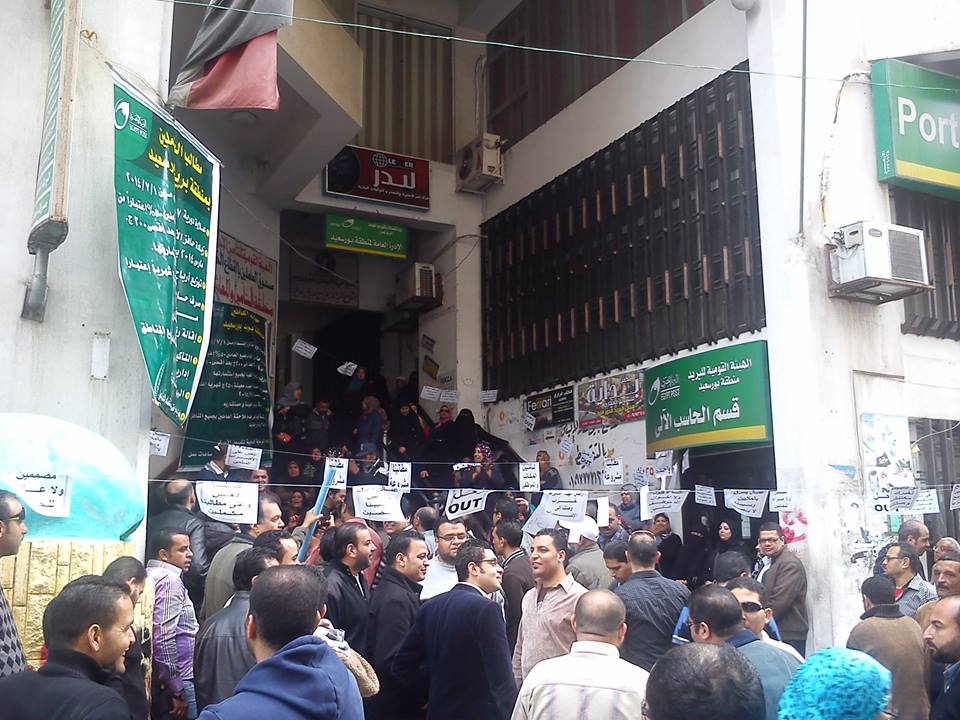 “The strike has reached 70%,” nationwide, said Zinab Ali, secretary general of the Independent Union of Postal Authority Workers. She added that the strike is in full capacity in several governorates, including Alexandria, Port Said, Beheira, and Sohag.

Workers have requested that the Postal Authority increase salaries by 50% and commit to granting periodic raises with a minimum of a 7% pay bump each time. They have also demanded that the authority be subsumed into the cabinet and the head of the postal authority and his aides resign.

The Centre for Trade Union and Workers’ Services issued a statement in solidarity with the protesters, criticising Minister of Communication Atef Helmy for failing to negotiate with workers after they turned down what they considered a manipulative ministry offer.

“I have been working the authority for 27 years and up to this day my basic salary is EGP 700,” Ali said. “We want to be included in the minimum income plan.”

The head of the authority and his aides take lucrative salaries, which leaves the workers with little, said Ali, who accused the authority’s leaders of corruption.

Postal Authority workers began striking 23 February, protesting in front of the authority’s headquarters in Attaba before moving inside for a sit-in. The workers suspended their sit-in and strike on 5 March after the authority promised to address their demands during a 13 March board meeting. The workers resumed their open strike on 15 March.

“One of the main reasons we suspended the strike was to be able to give the people their pension in the beginning of the month,” Ali said. “We did not want to use the poor people as a mean of escalation and pressure.”

Ali demanded that Prime Minister Ibrahim Mehleb intervene so workers can resolve their conflict with the Postal Authority and resume their work.

Workers tried to send fax messages with their demands to the entitled authorities, according to a statement issued Friday, but received no response. Workers also asked that strike days be considered working days and that protesters be legally and administratively protected from backlash.

The Postal Authority could not be reached for comment.