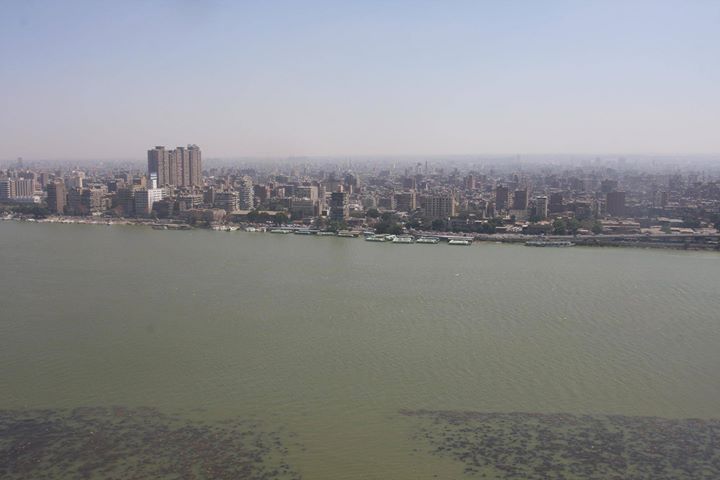 Minister of Water Resources and Irrigation Mohamed Abdul Muttalib announced that, according to a ministerial report, the turbidity recently seen in the Nile has not affected the quality of the river waters.

The minister added that the discolouration of water from blue to yellow would not affect the overall health of citizens.

The minister added that the water is still “good” for agriculture lands. Abdul Muttalib said that the ministry’s network is observing the quality of water in 35 different locations inside Lake Nasser, 30 others on the riverside in addition to other locations around the country.

According to the minister, the laboratories, in which the water is tested, are accredited by the United Nations Education, Scientific and Cultural Organization (UNESCO). He also pointed out that he receives periodic reports that include comprehensive data on the quality of water.

The latest research published by the Economic Centre for Economic and Social Rights (ECESR) on water pollution, however, contradicts this notion.

“Assessing the industrial landscape of Egypt, wastewater from various industrial processes could regularly contain pollutants such as asbestos, lead, mercury, cadmium, arsenic, sulfur, oils and petrochemicals,” the ECESR said in its Water Pollution in Egypt report.

ECESR stated that the Ministry of Interior should be responsible for implementing the laws regulating the issue of water pollution and take legal action against violators.

“Noting the extent of the pollution and the violations that have caused it, we question the interests that have allowed this lapse of enforcement over and above the prioritisation of the health of the Egyptian people and the environment they rely on,” the report read.

The report mentioned that industrial polluters have “continued to pollute unabated”. ECESR indicated that they have done so despite the country’s laws forbidding them to pollute above certain levels.

“Along the Nile valley between the Aswan High Dam and Cairo, there are 43 towns and approximately 2,500 villages, with a total population exceeding 20 million; all of them discharge their waste water and untreated sewage in the Nile,” the report added.

In January, following the mass fish die-off in the Rashid branch of the Nile River, the research centre stated in one of its reports that the rights of Egyptians to attain clean water and adequate sanitation infrastructure are being violated.

ECESR pointed out that the commission of fisheries attributed the die-off to high degrees of ammonia in the water that led to its contamination and poisoned the fish.

Around 55% of the water resources in Egypt come from its share of the Nile. Groundwater in the Nile Delta and Valley contribute 7.5% of the country’s total energy resources while the reuse of agricultural water contributes around 5.2%.

Fears over water scarcity arose in Egyptafter Ethiopia announced its construction of the Grand Ethiopian Renaissance Dam (GERD) in 2011. On 18 March, the foreign ministry issued an official document stating that Egypt seeks to negotiate a “win-win” scenario with Ethiopia and Sudan.

In February, negotiations between the Egyptian delegation, which flew to Ethiopia and was headed by the water minister, and Ethiopian officials did not lead to a solution after failure to resolve “sticking points”.

In pictures: Nile’s turbidity increases, possibly due to floods