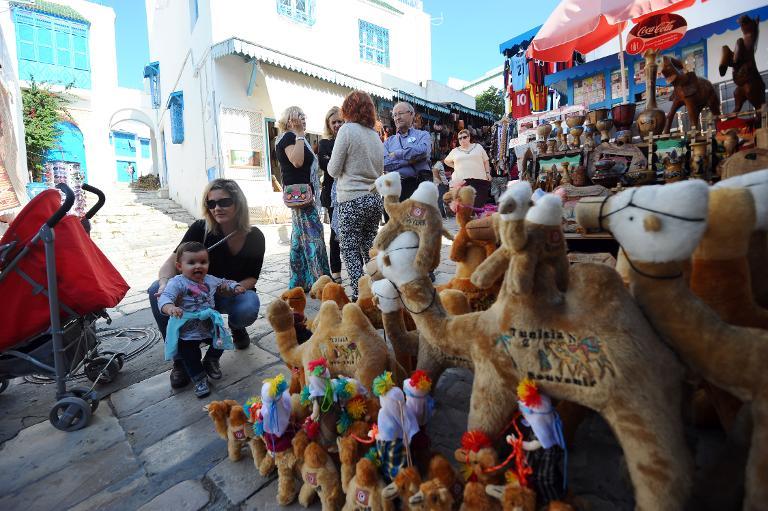 AFP – Tunisia is working against the clock to salvage its 2014 tourist season after three turbulent years, by revamping the country’s image – with the help of online media and a few Star Wars characters.

“To change a country from one that is relatively inexpensive to a top-end tourist destination will take 10 or 15 years,” said Amel Karboul, Tunisia’s new tourism minister.

“But to change the image of a country from one that’s cheap to one that is ‘fun’ can be done much more quickly, and that’s a priority for us,” she said, referring to perceptions of Tunisia as a budget holiday destination.

The North African country hopes to welcome 7 million tourists this year, a slight increase on the 6.9 million who visited in 2010 before the revolution that ousted a decades-old dictatorship and unleashed outbreaks of Islamist violence that damaged Tunisia’s reputation.

The number of tourists fell to just 4.7 million in 2011, and has only recovered slowly, affecting the estimated 400,000 people working in the key sector that accounts for around 7% of Gross Domestic Product.

To reverse this trend, the ministry decided to exploit the desert settings used for many scenes in the Star Wars films, in a Tunisian version of the music video hit “Happy” by US star Pharrell Williams, replicated on YouTube by people around the world dancing to the tune.

“Happy [We are from Tatooine],” commissioned by the ministry, features a range of characters from Star Wars boogying in and around the city of Tataouine, including the iconic droids R2-D2 and C-3PO, a stormtrooper and Darth Vader himself.

The southern desert city gave its name to the fictional home planet of Anakin and Luke Skywalker – key figures in the cult film series.

“There are fans [of the sci-fi films] in the United States, in Scandinavia, in Asia, in South America, where Tunisia is barely known,” the minister told a group of journalists last week.

“It will raise awareness of Tunisia,” she said of her strategy to harness social media as a way of publicising the country.

Conventional advertising campaigns “are extremely expensive and you’re not sure of their impact; it’s very long term. Tunisia has only limited means,” explained Karboul, whose government has a very short-term mandate.

Appointed in late January to end months of political uncertainty, it is due to step down after elections held by the end of this year.

Already it has had to deal with the fallout from an incident involving a group of Israeli tourists on a cruise ship who were barred from disembarking at Tunis, with the US-based cruise operator saying it would no longer call at Tunisian ports in protest.

Karboul insisted the case had nothing to do with discrimination, saying merely that there was a problem with the Israelis’ visas.

Before the revolution, Tunisia managed to project an image of itself as an attractive holiday destination in the southern Mediterranean, concealing the ruthlessness of the regime in power that was finally overthrown in the first Arab Spring uprising in 2011.

Many had hoped to see tourism rebound last year, but those hopes were dashed with the separate assassinations of two secular politicians in attacks that sparked political upheaval and fears of further jihadist violence.

Karboul said the country “is already safer”, adding that growth was starting to recover in Europe, Tunisia’s main tourism market.

One of the ministry’s objectives is to promote destinations away from the coast, which have previously attracted little attention.

“The coast is there, but we’re trying to get out the fact that each region has its own character,” Karboul said.

Last month, several thousand people got a taste of the diverse tourist attractions on offer, at “Electronic Dunes”, a desert music festival held in the southern desert.

Karboul acknowledged that Tunisia’s image had to reflect realities, and that certain services needed to be improved to boost tourism, such as rubbish collection, which has been repeatedly disrupted by the social protests and strikes since the revolution.