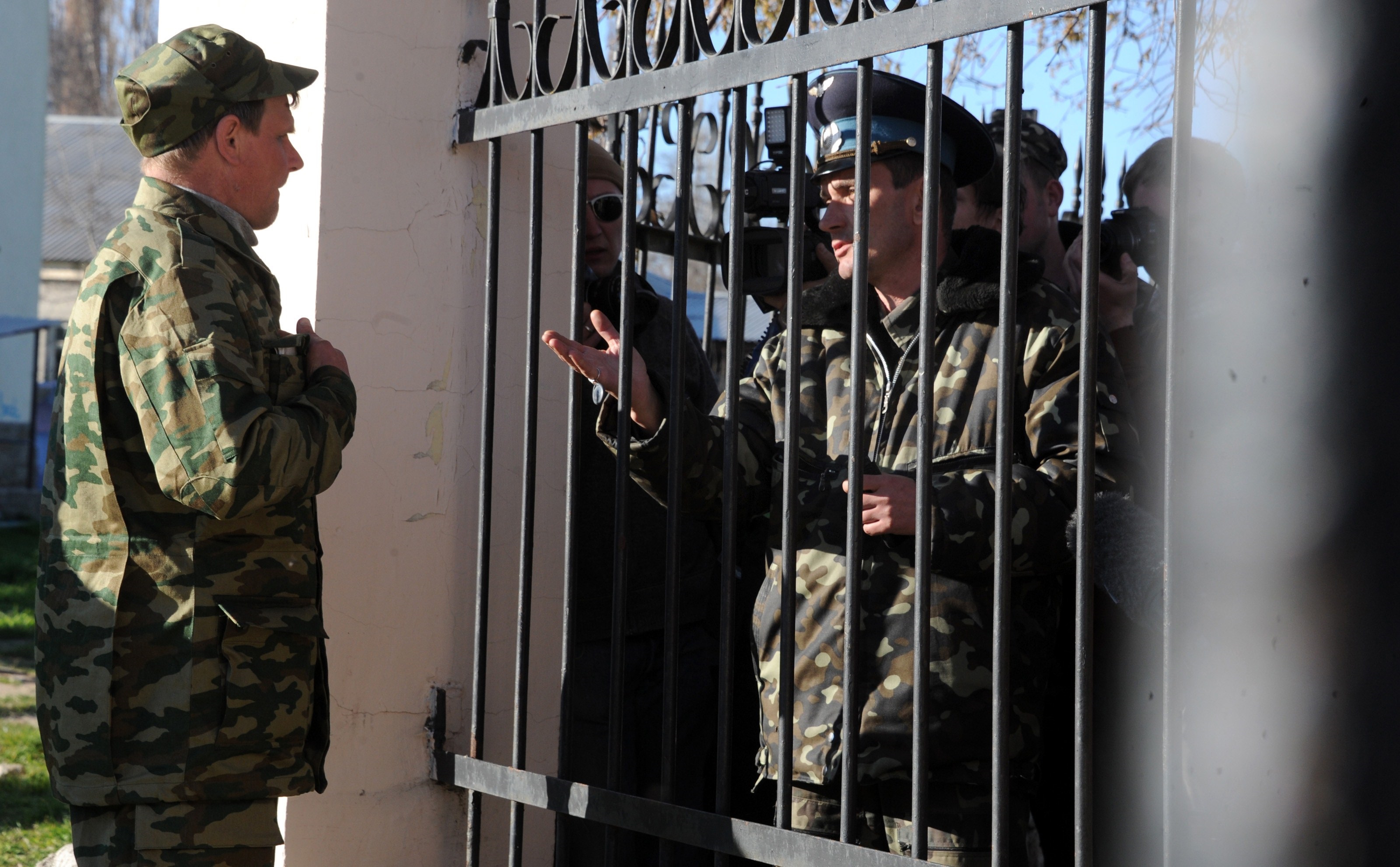 AFP – In the dark of night in Crimea, Anastasiya steps into a pool of yellowish light from a street lamp.

The weary 30-year-old with mousy blonde hair looks furtively side to side and her voice falls to a whisper at the sounds of passersby.

“There is not going to be any democracy here. Not with Putin in charge,” said Anastasiya, who lives in a housing block on the scrappy western outskirts of Simferopol – the main city on the Kremlin-ruled peninsula.

“I want to leave but I can’t sell my flat. What am I going to do? I just don’t have the money,” the mother of two said in an interview with AFP.

Ukraine’s government estimates there are 25,000 people in Crimea like Anastasiya who want to flee the region after its Russian takeover.

Some of them are already leaving, moving in with friends and relatives in other parts of the country.

The government has set up special hotlines for people fleeing to find jobs and receive pensions, although the practicalities of uprooting and moving to a new city can be daunting.

Before a 16 March disputed referendum on breaking off from Ukraine and joining Russia, there were a few isolated pro-unity rallies in Crimea.

Since then, however, that kind of public dissent has disappeared as Russian troops and pro-Moscow militiamen have tightened their grip.

Anastasiya has never been political.

Ukrainian is just her native language and she just does not like the idea of waking up with a new nationality.

The Black Sea peninsula’s two million inhabitants have been told that in less than a month they will automatically all be Russian citizens unless they make a special request to retain Ukrainian nationality.

“I don’t want a Russian passport, I want to keep my Ukrainian one! But I’m scared what will happen if I ask for the exemption,” Anastasiya said.

She said she and her friends “don’t speak Ukrainian in public any more”.

“Living here has become frightening. They say we’re all radicals”.

Russia and Crimea’s pro-Moscow leaders have portrayed Ukraine’s government as dominated by ultra-nationalists who discriminate against Russian-speakers and have used this as a justification for Moscow’s takeover of the peninsula.

“What discrimination? There was never any of that here against Russian speakers. That’s just what they say on Russian television,” Anastasiya said.

One of the first moves taken by Russia-backed officials here earlier this month was to switch off all Ukrainian programming and air Russian television channels instead.

Anastasiya said the Russian coverage of Crimea had been one-sided and uniform – much like the lawmakers in Moscow who have rubber-stamped Russian President Vladimir Putin’s proposal to take Crimea into Russia’s fold.

“They all voted unanimously! What kind of democracy is that? They’re going to create a state for public servants here, not for the people,” she said.

The new reality of being de facto Russia has also divided Anastasiya’s family.

Shaking her head in disbelief, she said her Ukrainian parents are in favour of the “stability” they hope Russia will bring to their lives.

“They say their pensions are going to go up and they want their Lenin statues to stay in place.”