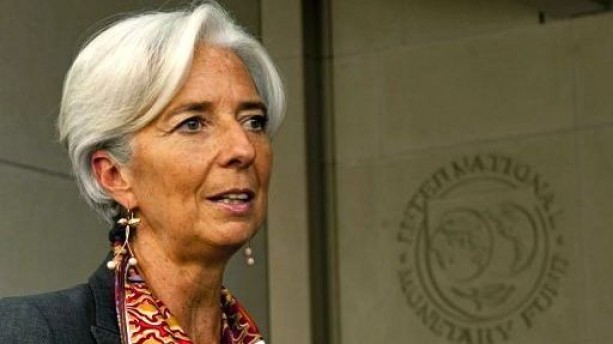 “While headline growth numbers remain impressive, this disguises some serious obstacles that need to be overcome,” Lagarde said in a speech at a forum in Beijing.

“The challenge is clear: to make growth more inclusive, friendlier to the environment, and more sustainable,” she said, according to the text of the speech as prepared on the IMF’s website.

China’s gross domestic product (GDP) grew 7.7% in 2013, unchanged from the year before. Though stronger than most other economies, it remained the country’s worst result since 1999.

A string of economic indicators announced recently have suggested that the economy has continued to lose momentum this year. Manufacturing activity contracted in March at its worst rate in eight months, according to British bank HSBC’s preliminary purchasing managers’ index (PMI) released Monday.

To unleash China’s next-stage growth potential, the government should increase the role of the service sector and private investors, Lagarde said.

A globally integrated financial system will be “essential” to support China’s next transformation, she said, adding more competition and transfer of knowledge will benefit Chinese banks.

A gradual opening up of China’s capital account will make the economy more resilient to shocks and strengthen the potential role of the yuan as a global currency, she said. China has been pursuing such an agenda since the global financial crisis.

Inequality and environmental pollution have been deteriorating as China’s economy grows, Lagarde said.

“For growth to be sustainable, it needs to be inclusive, its benefits need to be more widely shared, and it needs to be environmentally viable,” she said.

China’s leadership says it wants to transform the country’s growth model away from an over-reliance on often wasteful investment, and instead make private demand the driver for the country’s future development, even if it may lead to slower growth rates.

It has also declared “war” on pollution, vowing to shut down tens of thousands of coal-fired furnaces and remove millions of high-emission vehicles from the roads this year.

Beijing earlier this month has set its growth target for this year at 7.5%, the same as that set last year. Many economists expect actual growth this year to miss the target, something that has not happened in 16 years.