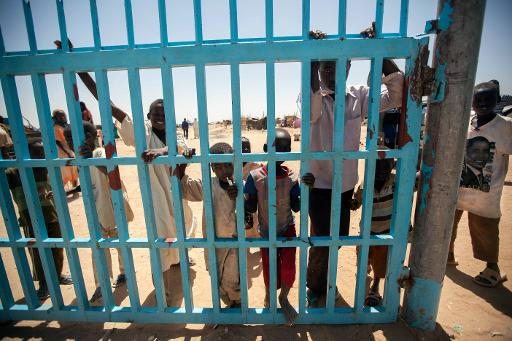 AFP – Gunmen have attacked and burned a camp for displaced people in Sudan’s Darfur region, peacekeepers said on Monday, adding to an upsurge of suspected militia violence which has wreaked havoc.

The African Union-United Nations Mission in Darfur (UNAMID) has reported a series of attacks on villages in the region this month, but the Khor Abeche camp in South Darfur, assaulted on Saturday, was an unusual target.

UNAMID said in a statement that about 300 heavily armed men attacked the camp, “setting fire to dozens of shelters and stealing livestock belonging to the residents”.

One displaced person was reported killed and at least 2,000 sought refuge at the nearby UNAMID base, which is about 75 kilometres (47 miles) northeast of Nyala, the capital of South Darfur.

Farther north on the same day, hundreds of families approached UNAMID’s base in Korma, North Darfur, reporting that nearby Kobe town had been attacked.

“One fatality was reported, alongside the looting of property and burning of houses,” said UNAMID, which deployed additional peacekeepers to reinforce security for about 1,000 people who sought refuge at their compound.

Korma is about 70 kilometres northwest of El Fasher, the North Darfur state capital.

Local sources said militiamen were suspected in the latest attacks.

Analysts say Sudan’s cash-starved government can no longer control its former Arab tribal allies, whom it armed against an 11-year-old rebellion, and violent competition for resources has intensified.

More than two million people are displaced in Darfur, the UN says.