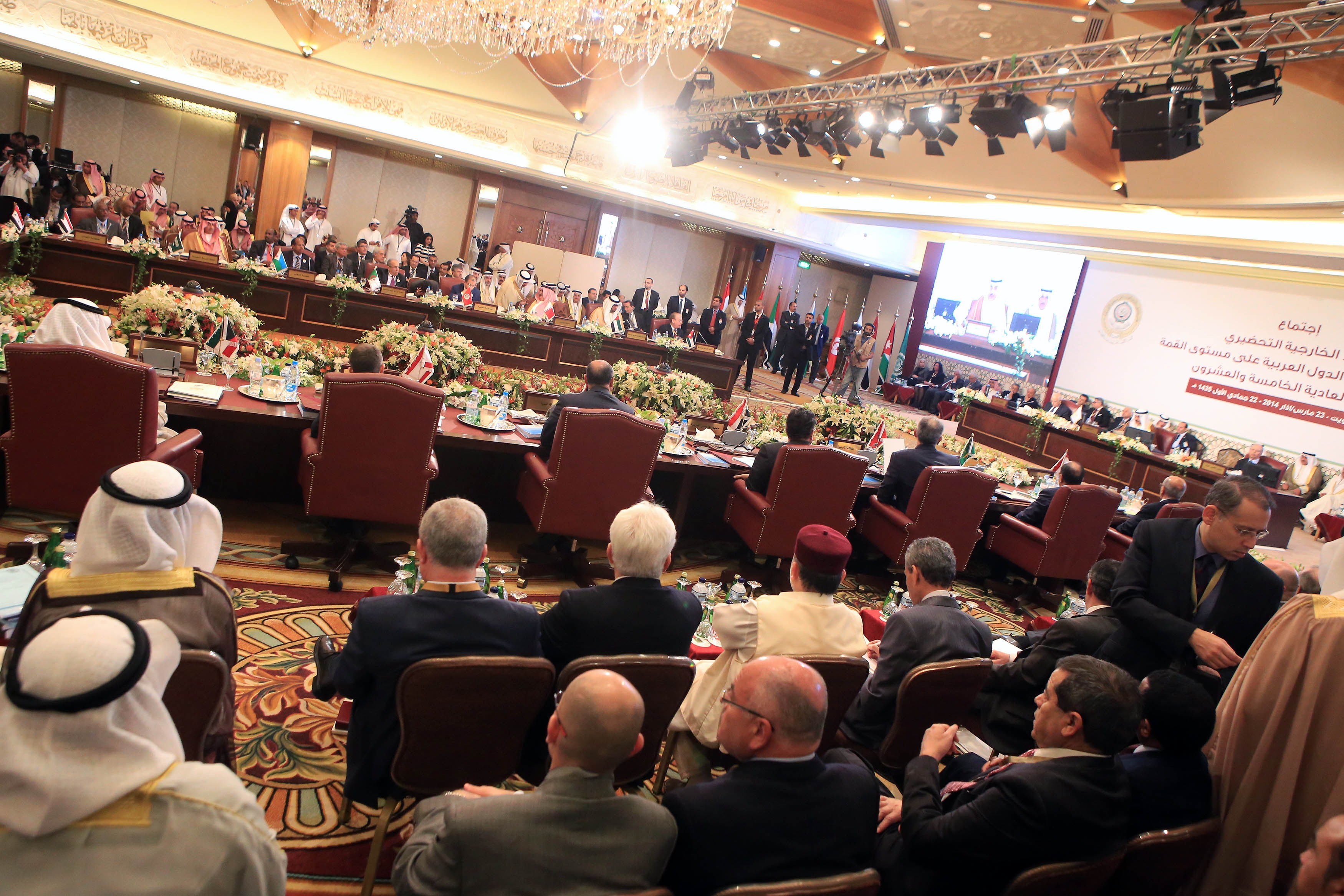 Egyptian interim President Adly Mansour met with the Emir of Kuwait Sabah Al-Ahmad Al-Jaber Al-Sabah on Monday ahead of the 25th Arab League Summit in Kuwait City this week.

The two briefly met at the airport upon the Egyptian president’s arrival, and crown prince, the speaker of the Kuwaiti National Assembly, the National Guard Deputy, the Prime Minister, Secretary-General of the Arab League Nabil El-Araby, the Kuwaiti Minister of Foreign Affairs, and a number of other high ranking officials also received Mansour at the airport on Monday morning, according to state-owned Al-Ahram.

Egyptian Minister of Foreign Affairs Nabil Fahmy, who had arrived to the Gulf state on Saturday in preparation for the summit, also met with Mansour upon his Monday morning arrival.

Mansour’s visit marks his second one to Kuwait during his interim presidency. He met with the Kuwaiti emir at the end of last October to discuss strengthening relations between Egypt and Kuwait.

Presidency spokesman Ihab Badawy said Mansour’s attendance of the summit came in an effort for Egypt to “regain its leading role in the Arab world” and carry out its responsibility to the region. Badawy added that many Arab states were vulnerable to regional terrorism and security challenges that threaten stability and territorial integrity.

In a Monday press conference, Fahmy discussed the strained relations between Qatar and other Arab states, including Egypt.

“I don’t expect us to leave the Kuwait summit with the parties convinced that the situation has been settled, because the wound is deep,” said Fahmy in reference to Qatar’s standing with fellow Gulf states and Egypt. “Even if we reach a [solution], which is unlikely, we all need a period to translate this solution into a real commitment to viewpoints and implemented steps that reflect a change in policy.”

Fahmy met with United Nations and Arab League Special Envoy to Syria Lakhdar Brahimi on Monday morning to discuss the ongoing crisis in Syria and to “support the chances for a political solution and spare the Syrian people of more devastation and destruction,” according to the foreign ministry.

Fahmy was previously in Beirut discussing regional security concerns and the situation in Syria with politicians and army officials.

The 25th Arab League Summit is slated to take place from 25 to 26 March.

Earlier this month Saudi Arabia, Bahrain, and the United Arab Emirates all recalled their ambassadors from Doha amid rising tensions. Fahmy pointed to the development as a sign that the three Gulf States’ decision showed the dispute was not just with Egypt but “between Qatar and the majority of Arab countries.” Spokesman for the Egyptian foreign ministry Badr Abdelatty said that Egypt’s ambassador to Qatar had been in Cairo since “early February”.

In a rare move, the Egyptian foreign ministry summoned Qatar’s charge d’affaires in Cairo in January to demand the handover of Islamist fugitives taking refuge in Doha.