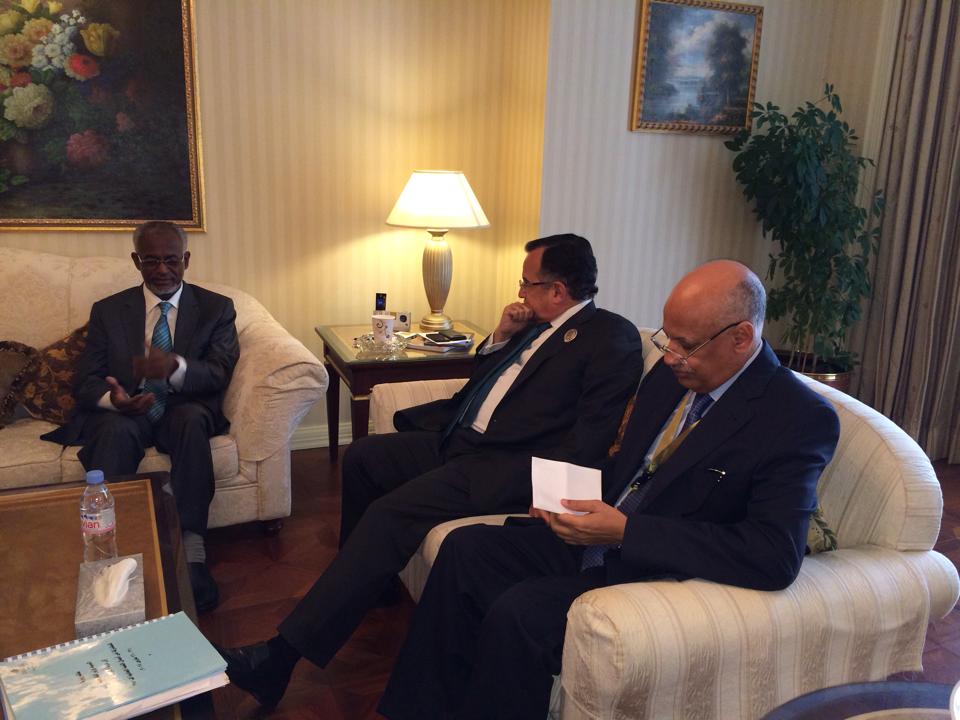 Abdelatty added that the two ministers had agreed that such issues would be addressed “from the perspective of common interest” and in a way that “maintains the national security of the two countries.”

Among the issues discussed during Karty’s early March visit was the installation of new border crossings, which Karty said would encourage a “great openness in commercial ties”. The proposal for new crossings also comes against a backdrop of high levels of smuggling, with a Human Rights Watch report highlighting the area as a hotspot for human trafficking.

The security focus between the two countries was also present during a meeting in early February between Defence Minister Abdel Fattah Al-Sisi and his Sudanese counterpart Abdel Rahim Mohammed, also in Cairo, which aimed to “strengthen military ties and security cooperation” between the two armed forces.

Another such common interest between the two countries is Ethiopia’s construction of the Grand Ethiopian Renaissance Dam on the Nile, with Egypt repeatedly voicing concerns over the dam’s potential effect on its share of the river water. Near-monthly talks have been held since November between Egypt, Sudan, and Ethiopia to discuss the formation of a committee to implement the recommendations of a report detailing confidence-building measures concerning the dam and its effect on downstream nations. The latest talks in February proved fruitless after participants were unable to agree on the committee’s makeup, among other issues.

The 25th Arab Summit runs from 25 to 26 March. Fahmy arrived in Kuwait on Saturday in preparation for the summit, and was later joined by interim President Adly Mansour. Presidential spokesman Ihab Badawi said Mansour’s presence at the conference is to signal Egypt “regaining its leading role in the Arab world” and carry out its responsibility to the region.