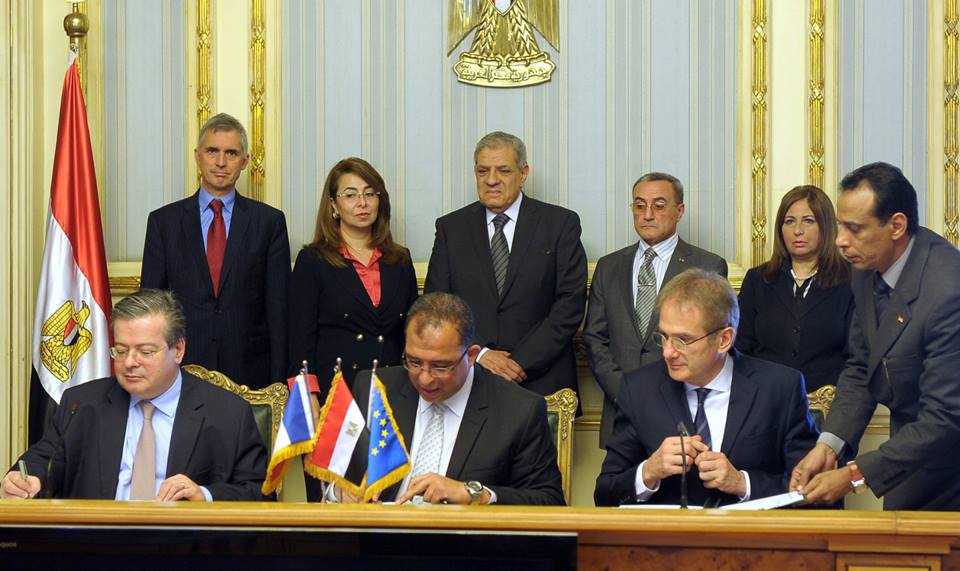 The Ministry of Planning and International Cooperation signed a €80m agreement with the French Agency for Development Monday to offer long-term credit to small and micro Egyptian businesses.

The agreement will support the Egyptian Social Development Fund, a state-owned agency founded in 1991, in its mission to encourage employment and improve living conditions in disadvantaged neighbourhoods, according to a statement from the French Embassy in Cairo.

The European Union is expected to provide Egypt with a €15m grant to be used for the improvement of four informal settlements in Greater Cairo and Giza, where 1.2 million Egyptians reside. The four settlements are Ezbet Kheir Allah and Al-Zawya Al-Hamra in Cairo and Ard El-Lewa and Miet Uqba in Giza.

Minister of Planning and International Cooperation Ashraf El-Araby represented Egypt at the signing and Jean-Marc Gravellini, director of operations at the French Agency for Development and Nicolas Galey, the French ambassador to Egypt, represented the French side.  Egyptian interim Prime Minister Ibrahim Mehleb and the acting head of the state-owned Social Development Fund Hanaa Al-Helaly were also present.

The French Agency for Development is a public development finance institution that has been working to fight poverty and foster economic growth in developing countries and the French Overseas Provinces for seventy years.