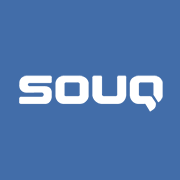 Naspers Limited has invested $75m in Souq.com, increasing the total amount of funds raised by the latter to $150m, according to a Sunday press release issued by Souq.com in Cairo.

According to a PayPal study, the MENA region is considered an appealing market for e-commerce, and the number of online users has exceeded 110 millon. It is expected that the market size of Souq.com will reach $15bn by 2015, of which “10% are mobile transactions that will grow 6 times in the next 4 years”.

Co-Founder and CEO of Souq.com Ronaldo Mouchawar said that the current round of funding is a testament to the trust “that the market has in their offering”. He added that the money will be used to increase technological investments by providing customers with “a unique and advanced mobile experience”.

Mouchawar noted that Souq.com aims to invest in a talent pool to build “world-class standards” which will eventually change the “fundamentals of retail in the region”.

Souq.com is the largest e-commerce platform in the MENA region, headquartered in Dubai, UAE. It is expected to attract over 23m visits per month. Souq.com is funded by Naspers Limited, which is a broad-based media group whose principal operations are centred around internet platforms focusing on e-commerce, communities, content, communication and games.