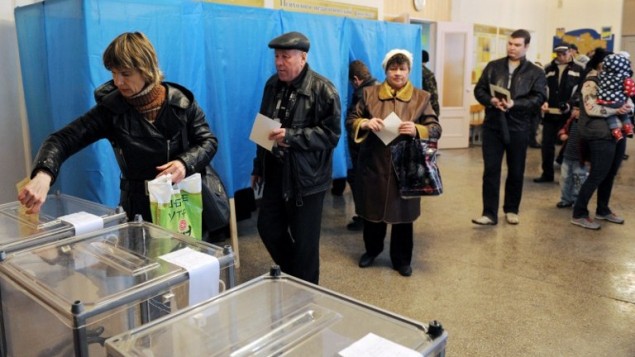 Egypt abstained from voting during last Thursday’s General Assembly meeting over a resolution against the results of a recent referendum in Crimea, the Egyptian Foreign Ministry announced in a statement late Friday.

According to the statement, Egypt’s permanent representative to the UN, Moataz Ahmadein Khalil, stressed during the meeting that the Crimean conflict affects the entire international system.

Khalil added that the “current international system” did not consider the changes that have taken place in the past quarter-century since the collapse of the previous world order, which had been governed by two rivaling superpowers.

“Diplomacy was the best way to resolve crises,” Khalil said, according to the official News and Media Division of the General Assembly. “International law was in many cases not consistent with state concerns that were better handled at the regional level.  At times, there was a contradiction between the people’s will and the legal frameworks governing them.”

Khalil added that unless creative mechanisms were created to deal with such realities, crises would continue.

The statement added that the “main developing countries” had abstained from voting, including: China, India, Brazil, Argentine, Pakistan and South Africa.

After a recorded vote of 100 in favour to 11 against, with 58 abstentions, the General Assembly adopted a resolution titled “Territorial integrity of Ukraine” considering the 16 March referendum held in Crimea void.

The resolution called on states, international organisations, and specialised agencies not to approve of the change in the status of Crimea or the port of Sevastopol and to “desist and refrain” from actions aiming to disrupt Ukraine’s national unity.

A wave of protests, dubbed Euromaidan, had erupted in the Ukrainian capital Kiev last November demanding closer European integration, an economic approach that stood in the way of the government’s plans to strengthen relations with Russia.

The forcible dispersal of protests on 30 November led to the escalation of the demands of protesters, who then began calling for the ouster of the Ukrainian President Victor Yanukovych.

The majority (97%) of Crimeans voted in favour of independence from Ukraine in the referendum that was held on 16 March by the Crimean parliament. The Russian parliament finalized the legal process of incorporating the territory into the Russian Federation on 21 March.

The autonomous parliament did not approve of the Euromaidan protests and the ousting of Yanukovych in February.