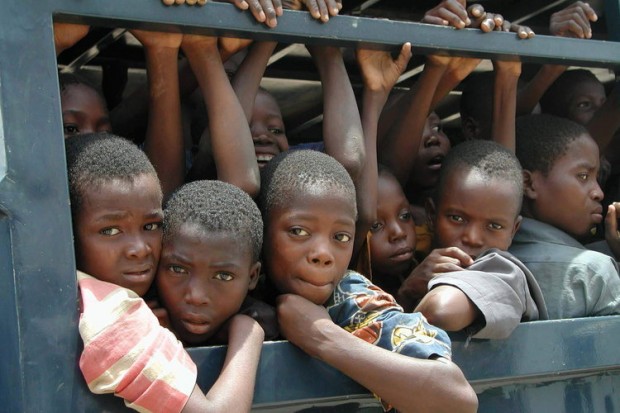 AFP – Russia on Saturday pledged it would not invade mainland Ukraine following its seizure of Crimea and said it favoured the ex-Soviet state becoming a federation as a way of defusing the crisis.

Tensions have run high after Russian President Vladimir Putin ripped up the post-Soviet order with Moscow’s lightning takeover of Crimea from Ukraine, with the United States accusing Russia of massing tens of thousands of troops on Ukraine’s eastern border.

But telephone talks between Putin and US counterpart Barack Obama late on Friday were the latest sign of a slight lessening in tensions between Moscow and the West and a search for a mutual solution in what remains the worst East-West crisis since the Cold War.

Foreign Minister Sergei Lavrov hinted at what were Moscow’s main demands in the negotiations – that Ukraine should be made into a federation and commit to not joining NATO, while order should be restored to the Ukrainian capital Kiev where protesters have thronged the city centre for half a year.

Ukraine is now entering a crucial phase in its development after the fall of pro-Kremlin president Viktor Yanukovych in February, as the clock ticks down to 25 May presidential elections which are expected to cement Kiev’s pro-West course.

With boxing champion turned politician Vitali Klitschko bowing out of the race, the overwhelming favourite to win those elections is pro-West confectionary tycoon Petro Poroshenko, a former economy and foreign minister.

Lavrov said in a major Russian television interview broadcast Saturday that Moscow has absolutely no intention of ordering its armed forces to cross over the Ukrainian border and acknowledged the divisions between Moscow and the West on the crisis are narrowing.

“We have absolutely no intention and no interests in crossing the Ukrainian border,” he said.

“We [Russia and the West] are getting closer in our positions,” he added, saying recent contacts had shown the outlines of a “possible joint initiative which could be presented to our Ukrainian colleagues,” he added.

Lavrov made clear Russia’s priorities for Ukraine were a federalisation which would allow the interests of everyone in the country – including Russian speakers in the east and south – to be fully represented.

“There should be no ambiguity here. There is too much ‘not for the time being’ and ‘we don’t intend’ [to join NATO]. Intentions change, but facts on the ground remain,” he said.

He said that the West was showing openness to Russia’s idea of a federalised Ukraine.

“They are listening. I can say that a federation [for Ukraine] is far from being a forbidden word in our talks,” Lavrov said. “To be honest, we do not see any other path forwards for the Ukrainian state other than federalisation.”

Putin and Obama had earlier discussed ways to solve the crisis in Ukraine, both the White House and the Kremlin said in separate statements, although neither side gave precise details on the nature of the plan on the table.

“The Russian leader suggested examining possible steps of the international community to help stabilise the situation,” the Kremlin said, adding the issue would be discussed by Lavrov and US counterpart John Kerry.

The White House meanwhile said Obama suggested that Russia put a concrete response in writing to a proposal presented by Kerry to Lavrov in The Hague this week.

UN Secretary General Ban Ki-moon told reporters that Putin told him in Moscow earlier this month “he had no intention to make any military move” following the seizure of Crimea.

The Ukrainian government this week estimated there were now 100,000 Russian soldiers positioned around Ukraine – a figure neither confirmed nor denied by Moscow.

The United States and European Union have already hit Russia with sanctions against senior officials but markets are worried about measures that could hurt the wider economy.

The race to take on the permanent role of Ukraine president became clearer as Klitschko announced he would not stand in the polls.

“We have to nominate a single candidate representing the democratic forces,” Klitschko told a congress of his UDAR (Punch) party.

“This has to be a candidate who enjoys the strongest public support. Today, this candidate in my opinion is Petro Poroshenko.”

This could give a clear run to confectionary tycoon Poroshenko – the only prominent Ukrainian businessman to back the protests against Yanukovych – who has already declared he is standing.

Former prime minister Yulia Tymoshenko, who was jailed under Yanukovych, has also entered a a crowded field of contenders but has a lot of ground to make up to catch Poroshenko who leads in opinion polls.