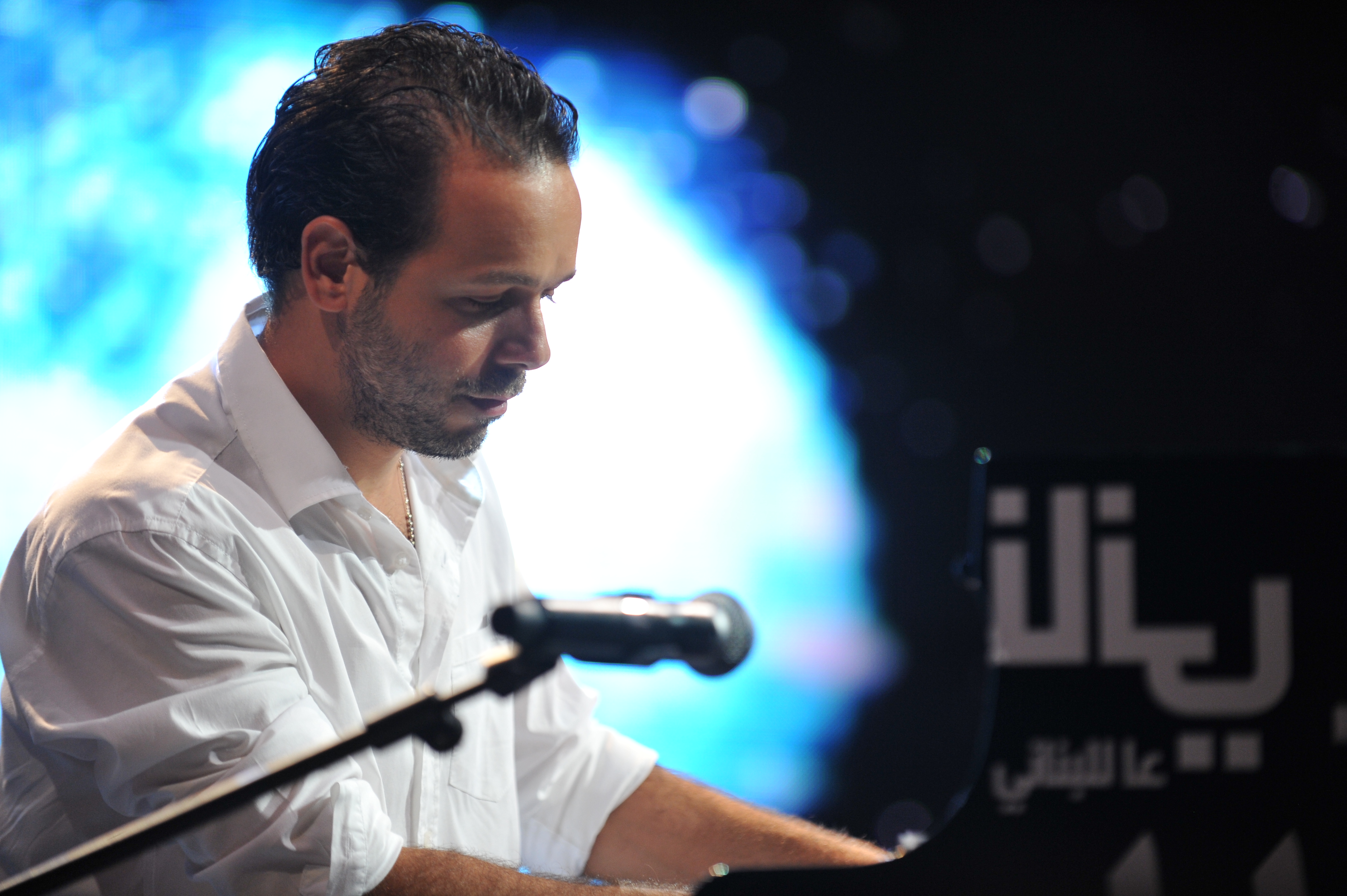 Lebanese musician and composer Michel Fadel will take to the stage on 31 March for the closing performance of the 2014 Abu Dhabi Music Festival. Daily News Egypt met with him at Emirates Palace Hotel where the concert is slated to take place.

Coming from a very creative and artistic family, Fadel credits his father, composer Fouad Fadel, for his interest in music.

“I started playing the piano when I was really young; I was only four years old. My father was the one who put me in front of a piano for the first time. He has 40-year experience as a composer. I then joined the conservatoire in Lebanon and I acquired my master’s degree at the age of 17. Afterwards, I travelled to France where I completed two diplomas in composition and orchestration,” Fadel said.

He admits that returning to life in Lebanon was a surprise to him because until then, the focus of his life was in France. This move led his career to a different path. “I joined Star Academy [as a mentor on the programme] for six years. Afterwards, I became involved in song composition and studio recordings,” Fadel said.

It also translated into achieving a wish Fadel had been dreaming of since childhood: “I staged a concert at Casino du Liban three years ago. For me it was a dream come true; to be on stage, performing for myself and others. I was accompanied by an orchestra of 80 musicians.”

Even though it was only a dream for a long time, Fadel had envisioned every detail of this concert, and when it came to execution, he did not compromise on anything. “I wanted to make this dream come true and on a grand scale. It had to be done in the right way and everything needed to be correctly synchronised: the lighting, the music, etc,” he said. The effort he poured into the concert paid off as it led to him performing at other concerts, both in Lebanon and abroad.

Fadel prepares something unique for each concert he performs, which he chooses while keeping in mind the audience’s tastes and the ambience of the location. “For the Abu Dhabi Music Festival, I prepared some new things that I haven’t done before,” he said. Audiences can look forward to four different medleys inspired by the greats of music in the Middle East: Wadi El Safy, Abdel Halim, Abdel Wehab and Fayrouz.”

He confessed that Fayrouz has a special place in his heart: “I have been playing the piano with Fayrouz since 2003.” In addition, he composed special tributes for Om Kalthoum’s Enta Omry (You are my life), and Warda’s Batwanes Beek (I like your company). “I compose the tribute in my own way. I don’t change the tune, but I add a western tune to the wonderful oriental melody,” he said.

Moreover, Fadel will introduce an electro-acoustic fusion in the concert, bringing a DJ to accompany the orchestra in order to deliver the right mix of sounds. He will also be performing some of his own original compositions.

Fadel says he finds inspiration in everything. “When I studied composition in France, the first thing my professor told me was, ’you either compose or not’. Sometimes, I can compose something in a couple of hours and another time I will work for days and nothing will come out of it,” he said.

Lebanon has lived through turbulent times and Fadel finds that these are the ones that inspire him to compose. “Where we live, in Lebanon and Egypt, we have a lot of problems, but that inspires me. [Inspiration] does not come from a quiet, happy life,” he said. “War brings some musical nostalgia with it. I was born in 1976, which was the start of the war. Obviously I was a great omen for Lebanon,” he joked.

He added that he is constantly inspired by the music of the Middle East, including Egyptian, Lebanese and Gulf tunes, as well as classic and South American music. “It’s about the crossover and mixing all these cultures together,” he said.

It is obvious that Fadel is very much in love with his chosen field and the music he composes. “My wife, Joelle, always tells me not to say that ‘I am playing,’ but it’s true [laughs]. I am enjoying it immensely, so for me it is not work,” he said. Due to his great passion and dislike of routine, Fadel is constantly on the move and changing his methods.

We asked him about his favourite composition. “I love a particular one, Sugar Mountain. I composed it when I was seven years old. I play it on the piano as a solo performance in every concert, and I always tell the audience how it began. It has developed in time; I have been working on it for almost 32 years now. This composition affects me greatly and I consider it a good luck thing for me. I never remove it from the programme,” he said.

Fadel will be issuing a CD and DVD of his first concert at Casino du Liban soon, and he is shooting a video for one of his compositions in Italy and France in April.