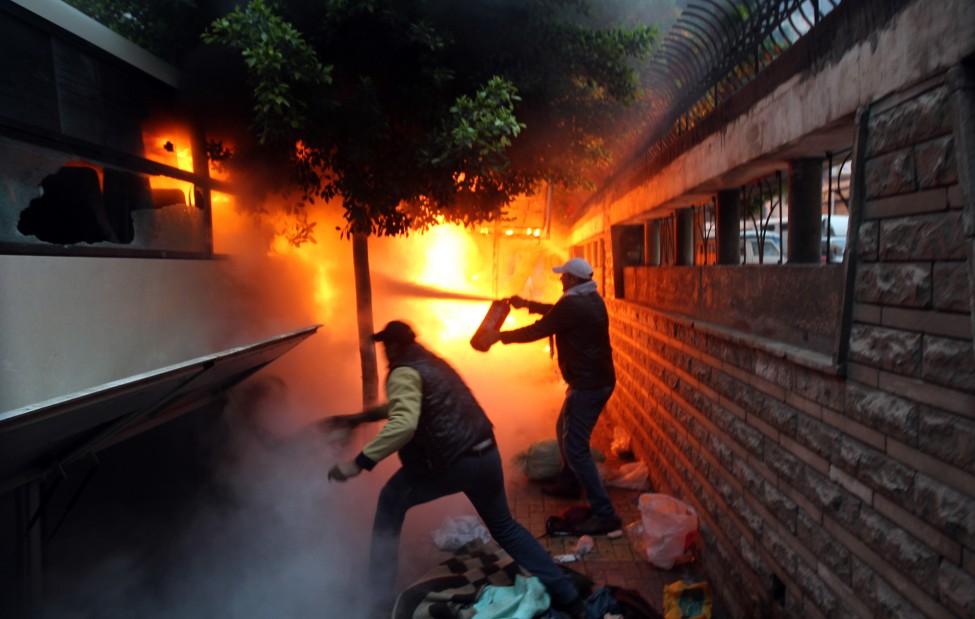 The Montazah Misdemeanour Court sentenced on Sunday 33 supporters of ousted President Mohamed Morsi to six years in prison and an EGP 50,000 fine.

The 33 defendants were arrested on the backdrop of clashes which took place in the Sidi Beshr neighbourhood of Alexandria on 20 December 2013, reported state-run Al-Ahram.

The defendants are charged with belonging to a “banned” organisation (the Muslim Brotherhood), protesting without notice and therefore violating the controversial Protest Law, exercising violence, “terrorising citizens” and assaulting security officials, reported Al-Ahram.

Since Morsi’s ouster on 3 July, security forces have began rounding up his supporters, especially during anti-regime protests. Defendants have often faced long periods of preventative detention with some receiving harsh sentences.

The Minya Criminal Court referred 529 Muslim Brotherhood supporters to Grand Mufti Shawqy Allam for attacking a police station, which resulted in the death of one policeman on 14 August 2013.

United States secretary of State John Kerry said in a 26 March statement that the “quick mass trial… simply defies logic,” and “the interim government must understand the negative message that this decision, if upheld, would send to the world about Egypt’s commitment to international law and inclusivity.”

The sentence was issued during the trial’s second session; the first session was held only two days prior to the verdict. Gamal Abdul Hamid, one of the defence lawyers in the trial, described the rapidity of the process as “unprecedented”, adding that he has never experienced a similar case during his 25 years as a lawyer in Egypt.