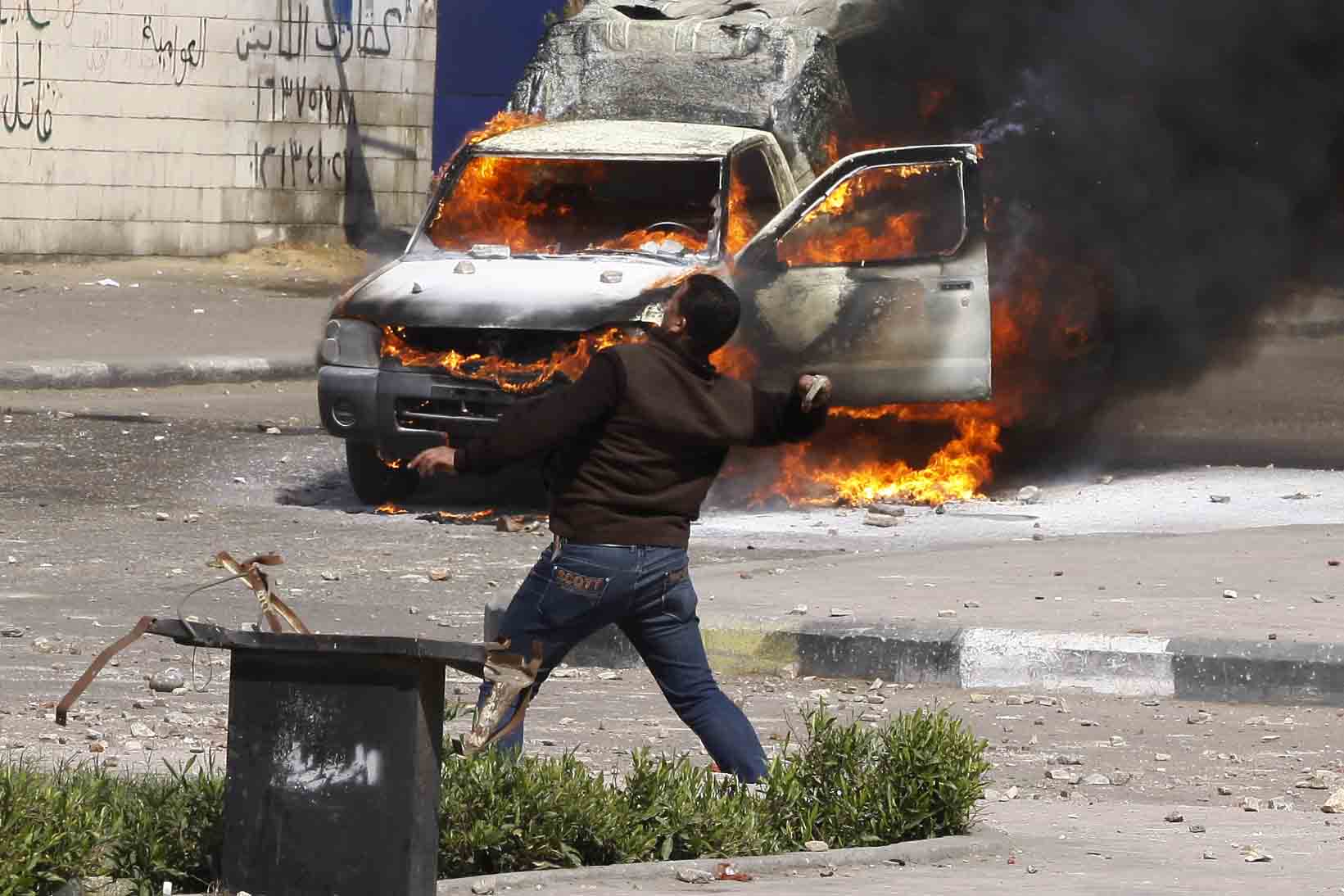 Al-Azhar University administration expelled on Monday 25 students it accused of complicity in the violence which took over the university campus.

Two students were reportedly shot dead on Sunday as police forces stormed Al-Azhar University to quell ongoing protests which dragged on to Monday.

In a statement released on Monday, Al-Azhar University administration said the expulsion followed a legal investigation into the 25 students in question, 14 of whom are female. The investigation proved the students’ complicity in acts of violence, reported state-run Al-Ahram.

The Al-Azhar University administration also approved the presence of interior ministry forces inside campus on a daily basis, Al-Ahram reported.

The university administration and Ministry of Interior spokesman could not be reached for comment.

Clashes erupted again on Tuesday around different universities nationwide, including Ain Shams University, University of Alexandria, University of Mansoura and Cairo University, according to the pro Mohamed Morsi Students Against the Coup movement. Security forces reportedly used teargas to quell most of the aforementioned protests.

Mohamed Abdel Salam, researcher at the Association for Freedom of Thought and Expression’s (AFTE) Student Observatory, criticised Al-Azhar administration’s decisions, warning that “further oppression will not bring about stability”.

Protests inside Al-Azhar University are mostly staged by supporters of ousted president Mohamed Morsi. Students are often involved in violent acts; however, Abdel Salam described responses of security forces to such violence as “disproportionate”.

“You cannot respond to students who bring down walls or smash glass by killing them,” Abdel Salam said. He added that expelling students “opens the door for further violence”.

On 21 March, Cairo University expelled 23 students it accused of exercising violence and vandalism within the university campus during protests held on 19 March. The protests soon devolved into clashes; they were the first to take place since the second academic term started on 8 March.

“Some students are completely unbiased and have no political affiliation, yet join the demonstrations in protest over the arrest and killing of their colleagues,” Abdel Salam said. He noted that since the start of this academic year in September 2013, 12 students have been killed during university clashes. Random arrests among students are also very common, Abdel Salam said, adding that accusations for detained students are usually “fabricated”.

Ahmed Noor Al-Deen, an Al-Azhar student who works as a correspondent for AFTE, was arrested on 19 March and detained for 15 days. Abdel Salam said Noor Al-Deen, who was reporting the clashes happening in Al-Azhar University at the time of his arrest, was falsely accused of belonging to the Muslim Brotherhood and exercising violence. His detention is expected to be renewed on Wednesday.

The Supreme Council of Universities signed in February a protocol with the Ministry of Interior to secure university campuses, authorising security forces to be present outside universities and only interfere on campuses with the permission of university chairmen.