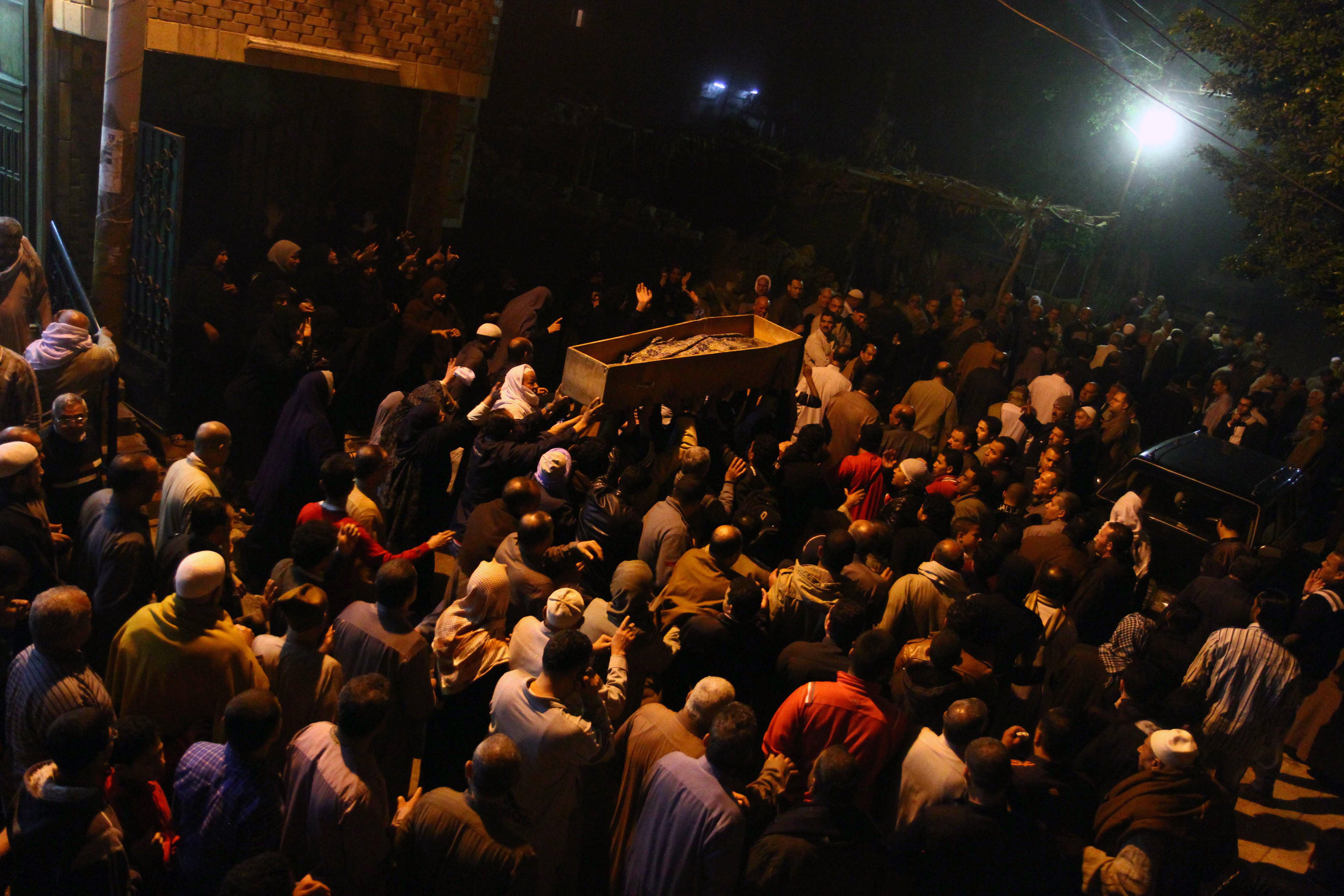 The East Cairo prosecution detained four men Tuesday for 15 days, on charges of killing a journalist on Friday.

Initial investigations showed that three of the detained men took part in the protest, while the fourth “incited” it, according to state-owned Al-Ahram.

The Ministry of Interior’s media office denied allegations that they are responsible for Ashraf’s death.

A statement was issued by a number of field reporters upon Ashraf’s death, condemning the hardships journalists have been facing from both security forces and protesters. They said journalists are subjected to verbal and physical assault, have their equipment smashed, are prevented from doing their job in addition to being detained and killed.

The statement accused the Press Syndicate and journalism institutions of being “reckless and delinquent” towards such hardships, which has lead to the loss of journalists’ rights.

The reporters decided to abstain from news coverage on Friday, 4 April and stage a sit-in at the Press Syndicate as a first step until their demands are met.

Their demands include investigations into the death of all the journalists since 2011 and the violations to which journalists are subjected as well as the release of all detained journalists, “whatever their affiliations are”.

On Monday, Reporters Without Borders published a statement that offered condolences to Ashraf’s family and colleagues. The organisation urged authorities to carry out an “independent and impartial investigation to ensure that this crime does not go unpunished”.

According to the interior ministry, Ashraf was one of the four people killed in Friday’s clashes, which include Coptic Christian Mary Sameh George, who was stabbed to death in Ain Shams,  a child and a man.

The protests came in response to former defence minister Abdel Fattah Al-Sisi’s resignation from the military and his Wednesday announcement that he would run for president during the upcoming elections.

The Committee to Protect Journalists named Egypt the third deadliest country for journalists in 2013.

Six journalists were killed in Egypt in 2013; Ashraf’s death is the first in 2014 and the 10th since the January 2011 revolution that ousted President Hosni Mubarak.