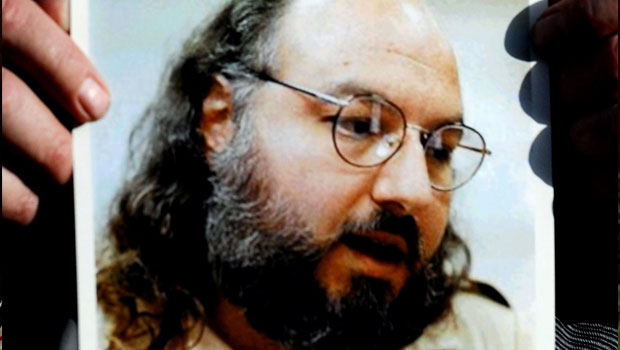 AFP – Jonathan Pollard, the US-born Israeli who is serving life for spying on America, has been raised as a possible key to breaking a logjam in the crisis-hit peace talks.

A source close to the talks said on Tuesday that there was a proposal which could see Pollard freed before the Jewish holiday of Passover, which begins mid-April.

“The emerging deal… contains the following elements: the release of Jonathan Pollard before the Passover holiday and the extension of the negotiations with the Palestinians into 2015,” the source told AFP.

US officials have not confirmed the reports.

Pollard was arrested in Washington in 1985 and condemned to life imprisonment for spying on the United States for Israel.

He was last month taken to hospital after he reportedly collapsed in his North Carolina prison cell.

His wife, Esther, told the English-language Jerusalem Post he had undergone surgery for “multiple serious complications in his digestive system”.

In exchange for Pollard’s release, Israel would honour its commitment to release 26 Arab prisoners – including some who are Israeli citizens – whose continued imprisonment is holding up talks.

In addition, a further 400 prisoners who had not shed Israeli blood and who were within months of completing their sentences would be set free.

The proposal came up on Monday as US Secretary of State John Kerry made an unscheduled stop in Israel where he met Prime Minister Benjamin Netanyahu twice in 12 hours and also held talks with Palestinian negotiators.

He was, according to a Palestinian source, to return on Wednesday for talks with Palestinian president Mahmud Abbas in a bid to resolve the prisoner standoff.

Successive Israeli governments have lobbied unsuccessfully for Pollard’s release and in 1998 it was reported that he was to be freed in a prisoner swap with the Palestinians.

Then CIA director George Tenet reportedly threatened to resign if Bill Clinton, president at the time, agreed to free Pollard.

The US naval analyst, who was born into a Jewish family from Texas, passed thousands of secret documents about American spy activities in the Arab world to Israel between May 1984 and his arrest in November 1985.

He was granted Israeli citizenship in 1995 and officially recognised by the Jewish state as an Israeli spy in 1998.

Israelis say Pollard’s punishment and the long-standing US refusal to reduce his sentence have been particularly harsh, given that he passed on the information to Israel, a strategic ally of the United States.

Netanyahu has formally asked US President Barack Obama to pardon him but Washington has consistently refused.

The case has long been a thorn in the side of relations between Israel and Washington.

Pollard’s arrest sparked a crisis in ties that only ended with Israel promising to end all espionage activities on US soil.

CIA documents declassified in 2012 spoke of his financial problems and eccentric behaviour including a claim at one point that the Irish Republican Army kidnapped his wife.

He told investigators he had been asked by Israel to obtain US information on Arab or Pakistani nuclear programmes and “Arab exotic weaponry,” a former top secret CIA document said.

And he also handed over a US assessment suggesting Syria had little chance of retaking the Israeli-occupied Golan Heights in a conflict.