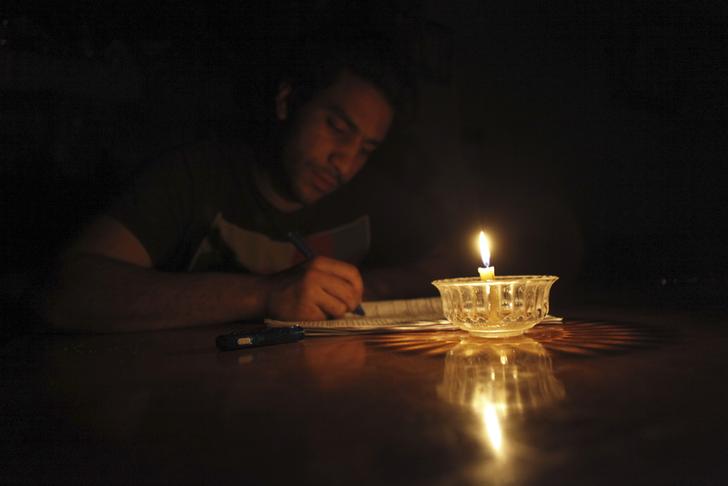 In order to avoid electricity blackouts in the summer, the government will import additional quantities of natural gas, improve the efficiency of transferring fuel and diesel to stations and add more stations to the national grid, a statement from the cabinet said.

These measures were announced after a Tuesday meeting between interim Prime Minister Ibrahim Mehleb and the ministers of Electricity and Petroleum to discuss reasons for the increase in the length of power cuts during the last two weeks.

Head of the Egyptian Electric Utility and Consumer Protection Regulatory Agency Hafez Salamwy said in a televised interview with ONTV satellite channel on Tuesday that the crisis is “mainly” a deficit in fuel, because consumption rates in spring usually do not exceed the capacity of the grid in a manner that leads to excessive power cuts.

Inefficiency in the maintenance and infrastructure of power stations were also cited as reasons for electricity blackouts, said spokesperson of the coalition of electricity and energy sector workers Samer Mekhaimar in the interview.

During the ministerial meeting, the ministers of Electricity and Petroleum detailed that the dwindling supply of fuel to power stations has occurred due to “problems” in transporting fuel quantities.

The pair added that some power stations had not been operating during the past few days due to maintenance, “which eventually led to a shortage in the generated electricity,” the statement said.

However, the government said that conditions have “improved” once maintenance has been completed at the Abou Qeer station, the capacity of which has now increased to 500MW.

“After coordination between the ministries of Electricity, and Water and Irrigation, the generated electricity from the High Dam has increased,” the statement said.

To address the crisis, a capacity of 2,000MW will be added to the national grid by mid-June after converting operations of the North Giza, Benha and Ain El-Sokhna power plants into a combined-cycle system, the statement said.

When former President Mohamed Morsi was in power, Egypt had witnessed electricity blackouts, which were attributed to fuel shortages which occurred as result of smugglings.