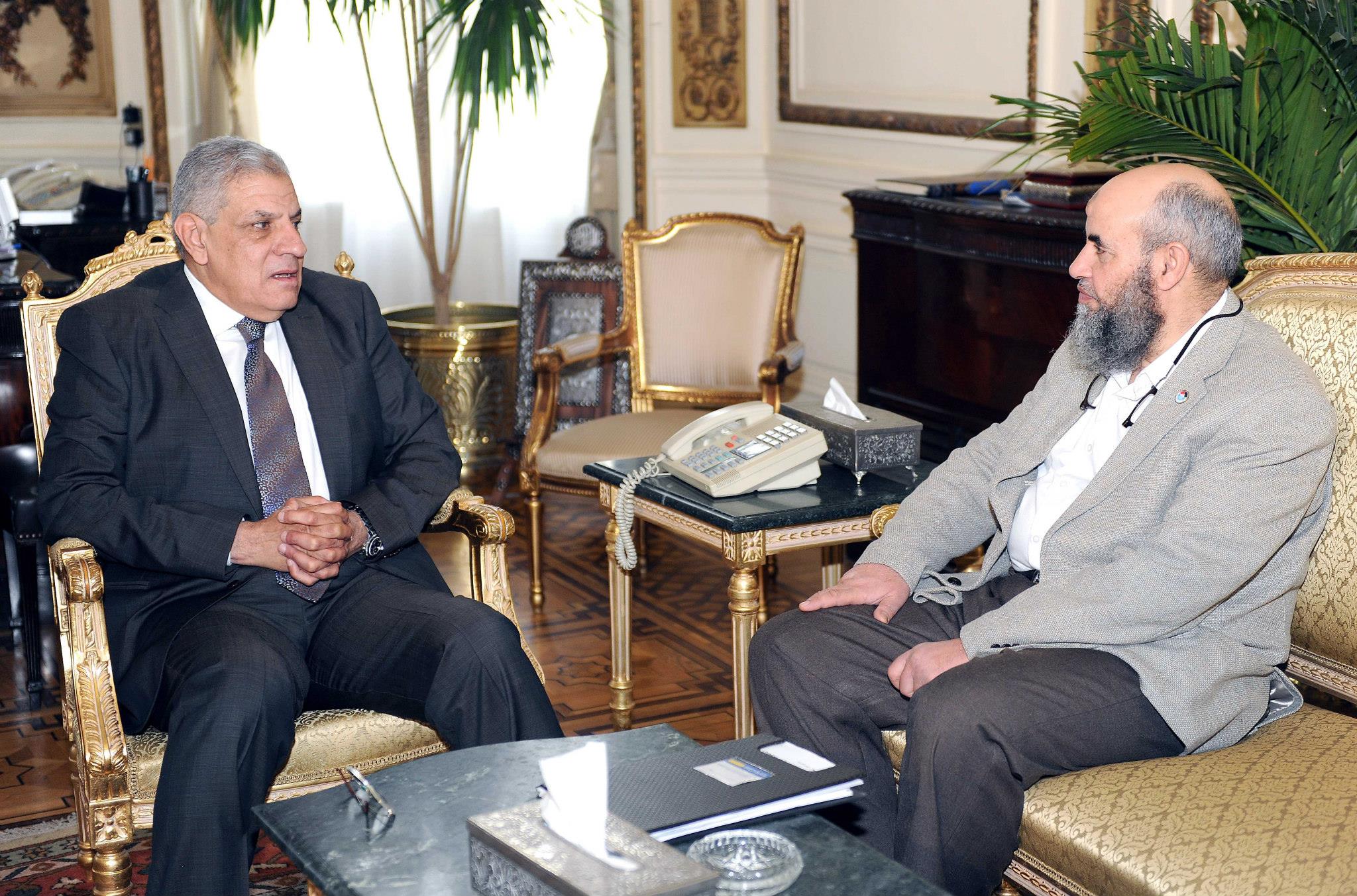 Mehleb met with Al-Nour Party head Younes Makhioun and Free Egyptians Party head Ahmed Said, whom he briefed on the latest political developments in Egypt, according to a statement released by the cabinet.

According to the statement, Mehleb “emphasised the government’s commitment to the full implementation of the terms of the roadmap”.

The prime minister noted that the roadmap was a way to “build a modern state based on democratic institutions” and to “achieve the goals of the 25 January and 30 June revolutions”.

The Salafi Al-Nour Party, once aligned with the now-outlawed Freedom and Justice Party, distanced itself from the Muslim Brotherhood-endorsed Morsi after his 3 July ouster, becoming the only Islamist party to support the transitional roadmap.

The party recently announced that it will not field a candidate for president in order to focus on parliamentary elections which are to follow the presidential elections.

Only two candidates have officially declared their intention to run, Misr Al-Qawia’s Hamdeen Sabahy and former Defence Minister Abdel Fattah Al-Sisi. Al-Sisi, who declared his presidency citing “the will of the people,” is largely expected to win.