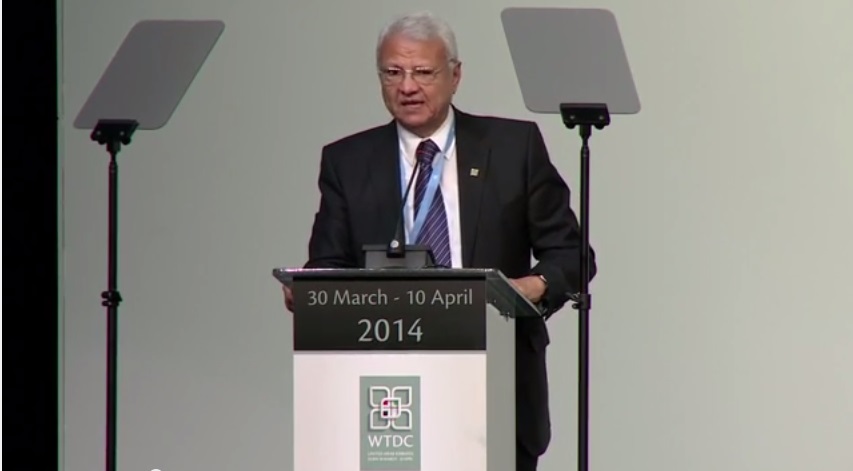 The WTDC, which takes place every four years, started on 30 March to identify the priorities of the information communication technology sector and to set strategies for the International Telecommunication Union (ITU), an affiliate to the United Nations, for the coming four years.

During his two-day participation in the event, Helmy met with regional and international  sector leaders to discuss means of cooperation and exchange expertise.

Helmy and Ugandan minister of communication John Nasasira agreed to form a number of committees that would work on exchanging expertise in the areas of e-government, smart applications, solutions for people with disabilities, and establishing technology parks.

Nasasira will visit Cairo during the third quarter of 2014 in order to check on the committees’ progress, according to the statement.

Egyptian-American ties in the information technology sector were also discussed during Helmy’s meeting with the US Deputy Secretary of State and ICT Policies Coordinator Daniel Cibliovida. The pairs discussed the possibility of cooperating on broadband, green technology, cyber-security and accommodating people with disabilities.

Helmy revealed his ministry’s plan to develop maritime cables, during his meeting with Kathryn C. Brown, CEO of the Internet Society, of which the ministry is a member.

Cooperation between Egypt and Poland in the field of technology education was tackled in Helmy’s meeting with Deputy of the Polish Minister of Administration and Digitization Malgordzda Oliswiska.

During his speech during the conference, Helmy called for international cooperation with regard to protecting privacy and digital identity and countering cybersecurity.