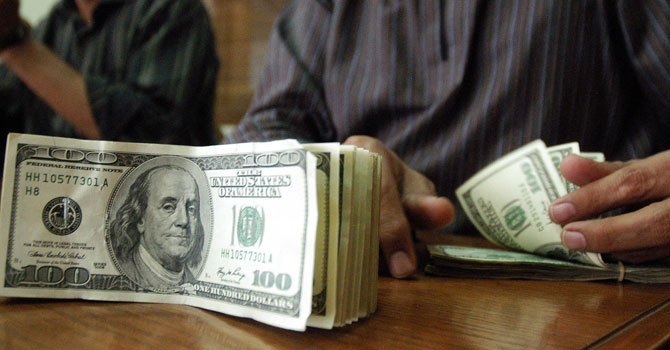 Belgium was never a football giant, as the national team appeared in 12 World Cups and their best result was fourth place in Mexico, 1986. Diables Rouges, or Red Devils, appeared four times in European Nations Championship and finished runners-up in Italy, 1980, after losing to then West Germany.

Belgium goes to Brazil next summer with a squad studded with quality footballers who ply their trade in Europe’s major leagues, between the Spanish La Liga, the English Premier League and the Italian Serie A – one of the most complete international sides go into the World Cup with every chance of making it a memorable appearance.

In football, nothing can be reasoned by coincidence, so how was Belgium able to bring up around 20 players between the ages of 20 and 28 who all can be labelled as A- and B-class footballers? The Belgians made a plan, implemented it, and its results are flourishing. Such a plan, if implemented in Egypt would give super results.

“Our players have gone to many countries and they have often transferred to big clubs at an early age, which is invaluable in gaining experience,” Former Belgian giants Standard Liege manager, Jose Riga, told CNN on 10 September.

One of the Belgian football brightest talents is Chelsea’s Eden Hazard. The 23-year-old started his career in an amateur Belgian club, Royal StadeBrainois, where he played between 1995 and 2003.

When Hazard was 12, he was transferred to Belgian second division club Tubize, where he stayed for two years until he was signed by French mid-table Lille. He was 14.

Hazard stayed in Lille for seven years, spending two years on the youth team before being promoted to the first team, where at 16, he played 147 games, scored 36 goals, and clinched the Ligue 1 title in 2011, until he left for Chelsea in 2012 for a massive £32m.

Belgian players are allowed to leave the country very early, to the benefit of the parent/feeder club agreements. Egyptian clubs rarely let a player go to Europe, and when they are allowed to leave, clubs try to make the most financial profit out of the deal, which is one reason many deals are never finalised.

Belgian clubs are feeders for larger European parent clubs, providing them with young starlets in return for minimal amount of money, but this is compensated through transfer clauses, friendly games, loaned-out players, and training camps. Those European clubs work on the development of the Belgian starlet until he explodes as a world class footballer, a win-win deal.

The Belgian football team might remind spectators of France’s 1998 legendary team, which won the World Cup. Many Belgian talents are not purely Belgian, but are of African, Arab and European descent.

This generation of Belgians played together in youth national teams, starting U-15 up to U-23, leading to a fourth place in Beijing 2008 Olympics, and more importantly, integration between team members.

Egyptian youth teams, in all stages, are vulnerable to drastic changes. U-17 players who play together for two years at least will hardly make to the U-19 team together. When this happened, a magical generation, including Ahmed Fathi, Hosni Abd Rabu, Emad Meteb and Amr Zaki, was able to clinch the Africa Cup of Nations three times in a row between 2006 and 2010.

Returning to Belgium, those were not the main reasons behind Belgium’s footballing renaissance.

“Some 13 years ago the Belgian Football Federation decided to reorganise Belgian football programmes and set up in every province an elite academy,”Belgium youth football coach Michel Bruyninckx told CNN in October.

“In collaboration with all the universities in our country and after studying the strategies of other countries, the Belgian FA (Football Association) composed a plan with the new vision implemented in the different federation academies and then step-by-step integrated in the club programmes,” Bruyninckx said. “Just as importantly the Ministry of Education agreed to create a school curriculum to extend the number of weekly training hours.That meant we could guarantee young talents would have about 20 hours training time a week and their school programmes were never in danger.The structure, organization and lifestyle in the academies were regularly checked to make sure that this project delivered professional players or highly qualified young people.”

The likes of Hazard, Fellaini, Lukaku, Christian Benteke, Moussa Dembele, Nacer Chadli, and even wunderkind Adnan Januzaj, among others, are the results of this strategy.

Diables Rouges, 10th in latest FIFA ranking, are with Algeria, Russia and South Korea in the World Cup group stage, and have every chance to advance really far in Brazil.

Since 2000, when the Belgian programme started, Egypt has produced a one-hand count of players who successfully played in Europe, including inconsistent players such as Mido and Amr Zaki, and average players such as Basel’s Mohamed El Neny, and the one who stands out, Hazard’s Chelsea teammate Mohamed Salah.

Projects, like Copa Coca Cola and Pepsi’s Schools’ League, are not as sophisticated and integrated as the Belgian programme, plus that those projects were promotional in the first level.

Belgium is a country with 11 million in population, compared to a roughly 87 million Egyptians. Such a programme if implemented in Egypt would produce at least hundreds of footballing talents and thousands of highly qualified individuals.

Egypt was able to win three straight African Nations’ Cups with a team mainly consisted of the products of only Ismailia’s youth academy, and a team that only witnessed one side of the Belgian plan. The results of the presence of 10 or 20 of those academies would be fascinating, for Egyptian national teams and World Football.