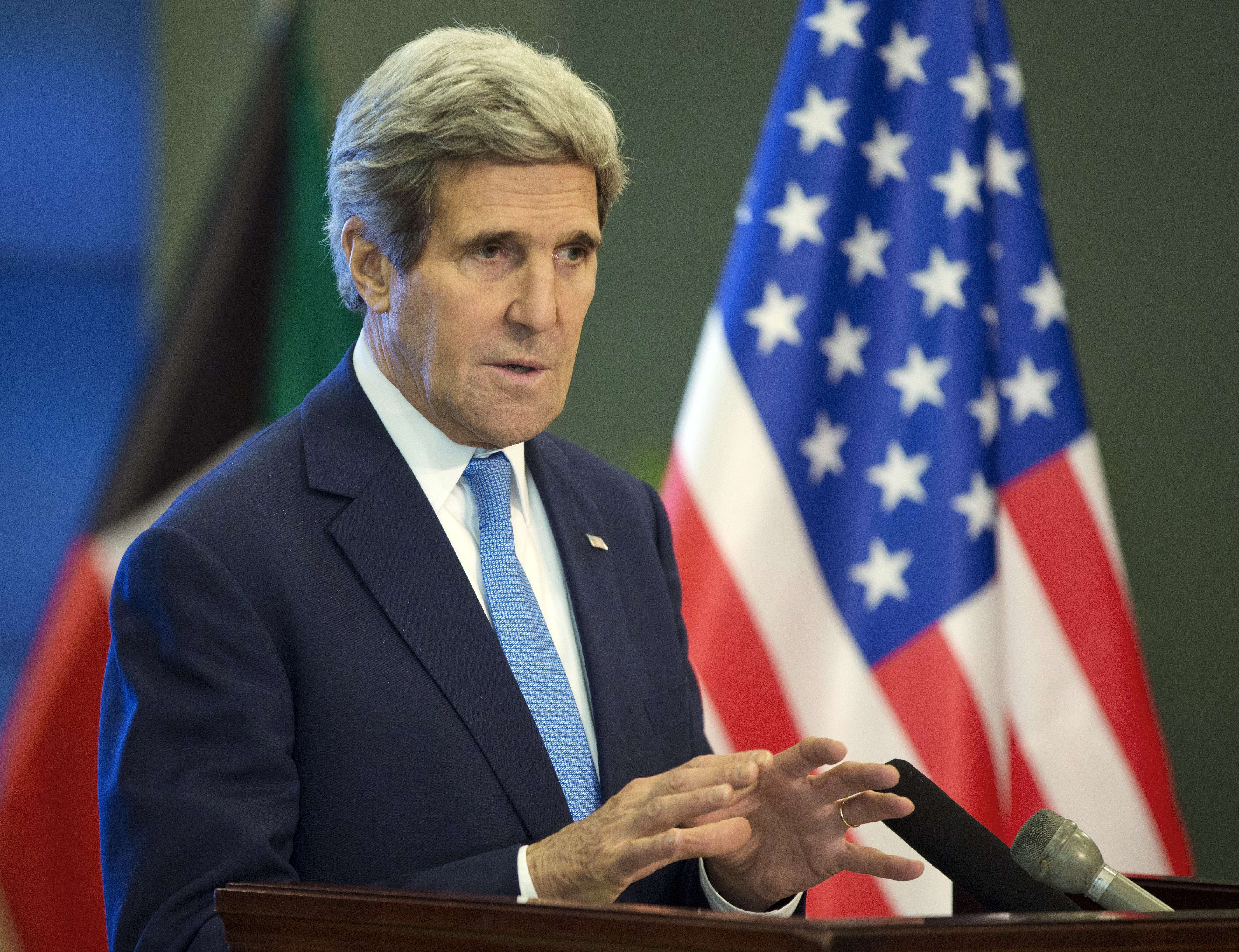 Human Rights Watch (HRW) has urged the United States to acknowledge that “Egypt has made no progress on developing basic freedoms or on its democratic transition,” in its review to determine the resumption of military aid.

The rights group sent a letter to US Secretary of State John Kerry, which the group says was delivered last Monday.

The delivery of US military aid to Egypt was suspended last October pending “credible progress toward an inclusive, democratically elected civilian government through free and fair elections”. Under US law, Kerry will have the final say on whether or not the delivery of aid should be resumed.

Since the ouster of former president Mohamed Morsi on 3 July 2013, HRW claimed in their Saturday statement, the “military-backed government has killed well over 1,000 protestors and locked up more than 16,000 people”.  The group said that many of these incidents are “on the basis of their peaceful exercise of rights to free expression, association, and peaceful assembly.”

The group was also critical of the referral of 529 people to the death sentence, which is currently being reviewed by Grand Mufti Shawqy Allam. They said this “is but one example of an escalating climate of extreme political repression.”

HRW called on Kerry to consider specific steps that Egypt should take to demonstrate meaningful effort to develop basic freedoms.” These steps include “releasing political dissidents, amending the restrictive public assembly law it passed in November 2013, and initiating criminal investigations into the unlawful use of lethal force and abuse of detainees by security officials.”

Sarah Leah Whitson, Middle East Director for HRW expressed concern over the US’s review of its aid delivery to Egypt. “The question is no longer whether Egypt is on the road to democratic transition, but how much of its brute repression the US will paper over,” she said.

In January this year US congress made $1.3bn of military aid available to Egypt for Fiscal Year 2014. The aid is split into two packages, both of which are subject to conditions. Egypt must maintain “the strategic relationship with the US” and adhere to “its obligations under the 1979 Egypt-Israel Peace Treaty.”

The first package, worth $975m, can only be made available “if the Secretary of State certifies to the Committee on Appropriations that the government of Egypt has held a constitutional referendum, and is taking steps to support a democratic transition in Egypt.”

Following the passing of the constitution in January by a landslide vote, Kerry pointed to the concerns raised by Democracy International and the Carter Center over the conditions surrounding the referendum. He urged the interim government to investigate these concerns and to “fully implement those rights and freedoms that are guaranteed in the new constitution for the benefit of the Egyptian people”.

Kerry said in Match that he will decide “soon” on the issue of resuming aid to Egypt.

The second instalment, worth $576.8m, will be made available following the occurrence of parliamentary and presidential elections.

The US has been highly critical of some recent developments in Egypt, including the mass death sentence and the detainment of journalists and activists. The State Department has also maintained that it has been reviewing its relationship with Egypt since July 2013. The US has also stressed that it believes “it’s important to maintain a relationship with Egypt for a variety of security, economic, [and] regional reasons.”