Police Saturday shut down an Alexandria street festival called Al-Fan Maydan (Art is the square) and arrested six people, including the event organiser.

Reem El-Taib, who organised the event, said she was arrested along with two musicians and two audience members after police badgered her about the event’s political affiliation, demanding to know, “who it criticised.” 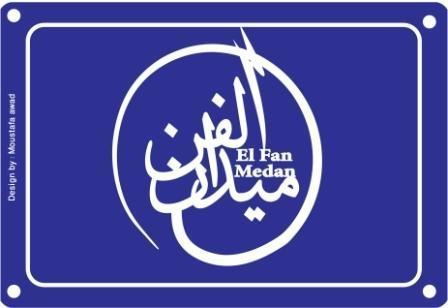 Al-Fan Maydan, a volunteer-run, charitably funded event that started in Cairo in April 2011 to promote art, had been open three hours before police arrived at 9pm.

“The officer asked for our permits, then started shouting, cursing at me and even pushing one of my friends who stood in his way,” El-Taib said.

The Ministry of Culture is supporting the event, which is running in a number of governorates simultaneously, El-Taib said. But authorities in Alexandria have been uncooperative. The event has no political affiliation or agenda.

After her arrest, El-Taib negotiated a meeting with the police station chief who, she said, “reasonably listened to my explanation and ordered our release.”

Police in the coastal city of Alexandria, with its lively cultural scene, have previously cracked down on artistic events and cultural outlets. A similar example to what happened in Al-Fan Maydan on Saturday was made into a 2010 movie, called Microphone.

After El-Taib’s arrest, the movie’s director, Ahmad Abdalla observed, “Nothing has changed.”

El-Taib is also the manager of Radio Tram, an online radio station focusing on the Alexandrian cultural scene that promotes proactivity and volunteerism. Radio Tram was raided last February and El-Taib was investigated by homeland security.