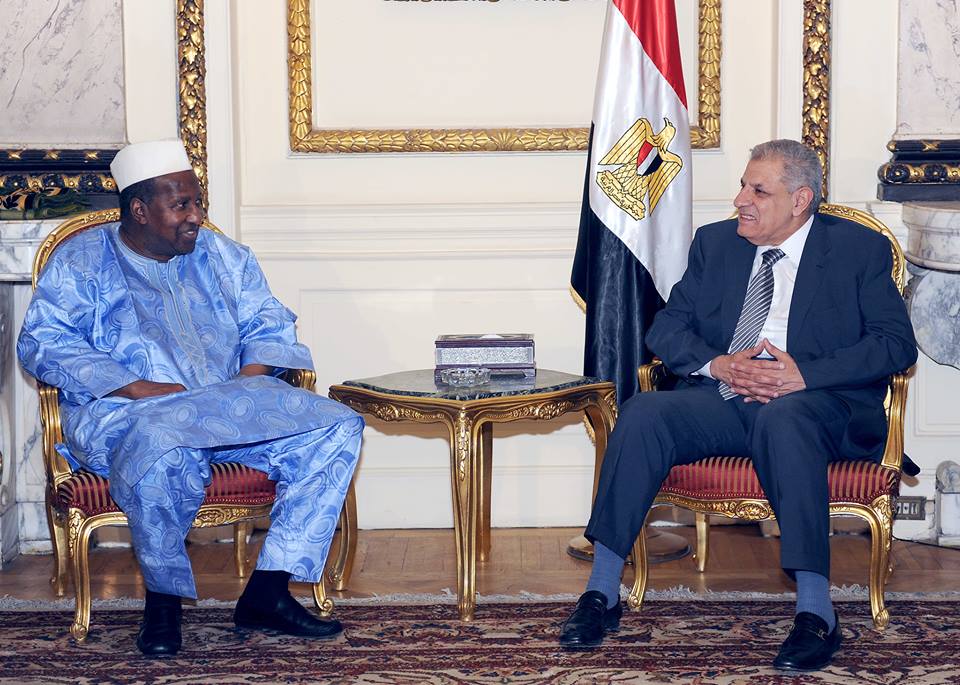 The African Union (AU) High-Level Panel for Egypt, a three man delegation, arrived in Cairo on Sunday to meet with interim government officials and other political stakeholders.

The panel, led by former Malian President Alpha Oumar Konaré, was formed following the suspension of Egypt from the AU Peace and Security Council in the days following the ouster of Mohamed Morsi. The union viewed the change of government in Egypt as “unconstitutional”, which goes against the bloc’s charter.

On Sunday, the delegation met with Egyptian Prime Minister Ibrahim Mehleb. According to a statement released by the Prime Minister’s cabinet, Konaré “expressed his wishes for the success of the government in the management of important transitional phase…. [and stressed] that the strength of Egypt is an indispensable addition to Africa”. He also condemned “terrorist operations…. both in Sinai and other regions”.

Mehleb for his part used the meeting to declare that Morsi’s ouster on “the thirtieth of June has expressed the will of the people” and promised to “conduct presidential and parliamentary elections with integrity and transparency”. He also reaffirmed Egypt’s commitment to African issues, according to the statement.

On the same day the panel also met with prominent Egyptian politician and former Arab League Secretary General Amr Moussa. According to a statement released by Moussa’s media office, the overall tone was conciliatory. Konaré praised the interim Egyptian government’s political roadmap and said that he is optimistic about Egypt’s future. “Egypt has come a long way and has taken steps to implement the roadmap, and these steps indicate that the future holds hope and stability to Egypt; and we support the road map with all its elements,” Konaré said.

Moussa, for his part, declared that the new Egyptian constitution, which was written and ratified after Morsi’s overthrow, leaves the door open for general political participation and is not “exclusionary” like the Morsi-era constitution.

Along with Moussa and Mehleb, the delegation also met with interim President Adly Mansour, according to the state-owned news agency MENA. The delegation will stay in Cairo and meet notables until 9 April.

Since Egypt’s AU membership was suspended the Egyptian government has launched a high profile effort to mend relations with the organisation. In March South Sudanese Foreign Minister Barnaba Benjamin said his country has exerted efforts “in every African forum” to lift Egypt’s suspension from activities within the African Union.