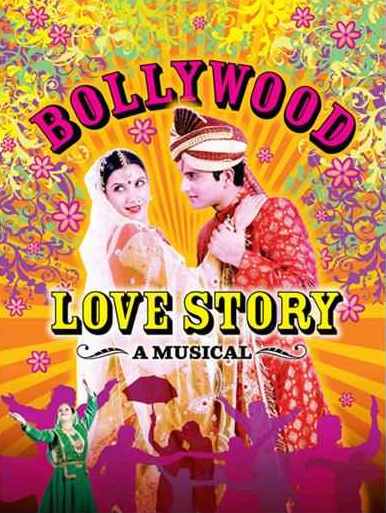 Bollywood Love Story – A Musical, a show which brings India to three cities in Egypt, is part of the India by the Nile festival and is set to continue in Alexandria on 10 and 11, and Sahl Hasheesh on 15 April. The breathtaking show is funny, captivating and easily one of the most entertaining shows we have seen in a long time.

Bollywood Love Story is told through song and dance, with a narrator that occasionally comes out and speaks to the audience directly. The story is made to look like a generic Bollywood love story: there is Rahul the young man, Priya the young woman, Don the villain (who is also her father), and plenty of backup dancers.

The show both starts and ends with segments that force the audience to interact with the performance; the dancers frequently come down to the seating area, start dancing and encourage people to start dancing with them. This was very well-received by the audience at the Cairo Opera House, and given that the Main Hall usually hosts the orchestra and people come formally dressed, it was a pleasant but strange sight.

The decor and costumes of Bollywood Love Story were gorgeous and intricate: flowing saris, Indian deities and palaces, and a particularly striking starry night during one of the sequences. The stage was always utilised in a way that never left too much space but never felt too crowded. Though clearly not all dancers were on the same level, the choreography was wildly entertaining and the music, which shifted from slow love ballads to upbeat tunes that gave way to elaborate dance routines, was very catchy.

Though the narrator’s English was translated into Arabic through two screens on each side of the stage, the Hindi songs of the musicals themselves were not. For the most part, this did not affect our enjoyment of the show (the plot is very easy to follow), but it did keep us wondering, especially during the more lengthy numbers, what is being said.

By far one of the best parts about Bollywood Love Story were the humourous attempts at incorporating Egyptian culture. A sincere, light-hearted attempt by any culture to bring its own heritage closer to the audience’s is likely to be well-received no matter how it turns out, but Bollywood Love Story succeeds spectacularly through only a few subtle jokes.

By the end of the show, there was a playful sense created by the dancers that they did not want to end the show. After several anti-climactic big endings, the music would start again, and the dancers would rile everyone up one more time, and the audience loved it. When the curtain finally fell it was like neither wanted to part from the other.

Bollywood Love Story is a heartwarming, enchanting performance with riveting dance routines and mesmerising costumes. It is a show that works on all levels and besides its elaborate direction and set pieces, its undeniable charm ultimately comes from the simple pleasure of pure entertainment. If you have the chance to watch this show in Alexandria or Sahl Hashish, do not miss it.