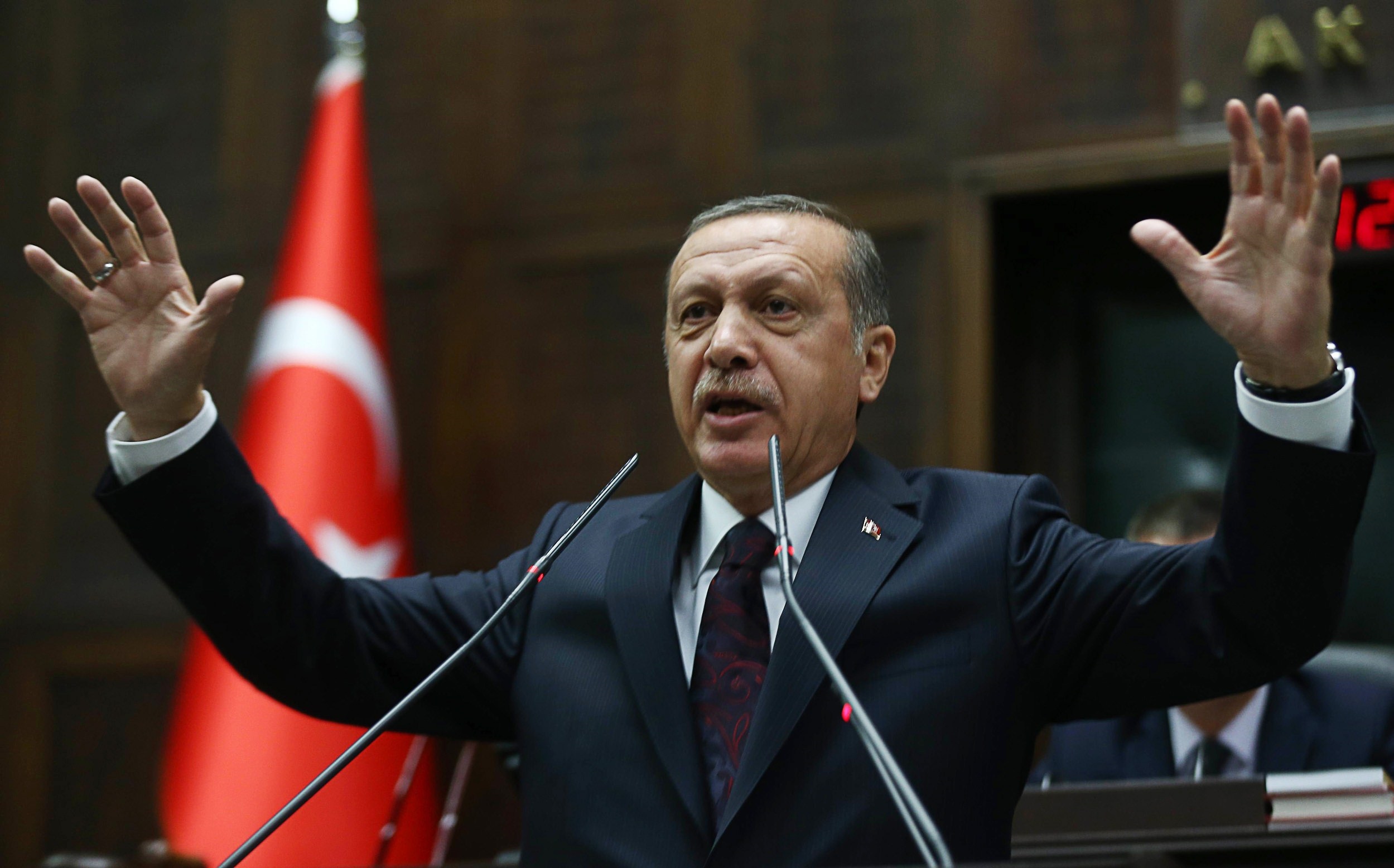 “All the culprits will go before the law” Erdogan said in his party’s first parliamentary meeting since last Sunday’s elections that gave the ruling Justice and Development Party (AKP) sweeping wins.

“We will not forgive these kinds of vile acts, this treason. Our people have given us a mandate to fight them,” he said.

His remarks came just after Turkish authorities on Tuesday raided several homes in the southern city of Adana and detained eight police officers over the wiretapping scandal that has rocked the country for weeks.

Erdogan has accused the associates of Fethullah Gulen, a Turkish cleric living in self-exile in the United States, of forming a “parallel state” within the Turkish establishment and instigating a graft probe that ensnared key government allies in mid-December.

The scandal has played out with a spate of wiretaps and social media leaks implicating Erdogan in graft and exposing high-level security talks weighing military action in Syria.

In a rousing “balcony speech” delivered to thousands of jubilant followers on election night, Erdogan threatened to “enter the lairs” of his hidden enemies.

His government has already launched an Internet clampdown, including orders last month to shut Twitter and YouTube – the outlets which were used to spread the explosive audio recordings of the wiretaps.

Twitter has since been unblocked by Turkey’s Constitutional Court. But YouTube, which the government brands a “threat to national security”, remains inaccessible.

Erdogan on Tuesday said the ruling against the Twitter ban was wrong and should be overturned.

“It [the ruling] did not serve justice. This ruling should be corrected,” Erdogan said.