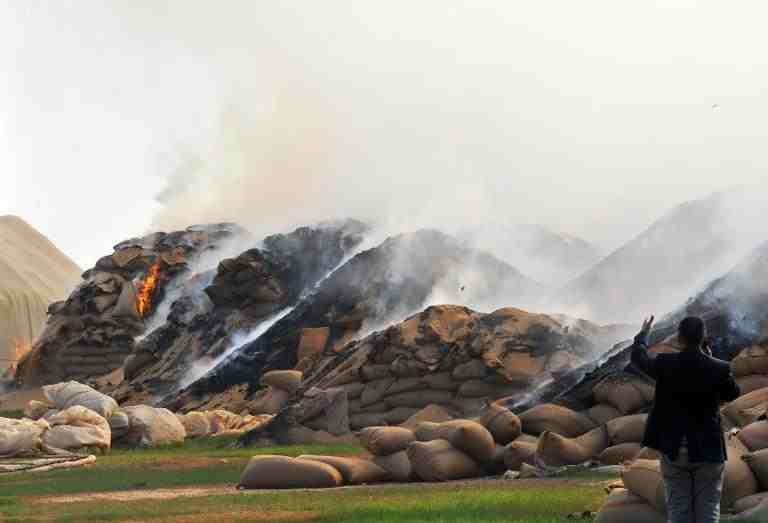 AFP – The UN’s food aid agency warned on Tuesday that Syria was facing a drought that could put millions of people’s lives at risk, compounding the impact of years of war.

“WFP is concerned about the impact of a looming drought hitting the northwest of the country – mainly Aleppo, Idlib, and Hama – with rainfall less than half of the long-term average and potentially major impacts on the next cereal harvest,” said World Food Programme spokeswoman Elisabeth Byrs.

“This could put the lives of millions at risk if the drought continues,” she told reporters.

Byrs said there were huge concerns about the drought’s impact on Syrian agriculture, given that irrigation systems and farm machines have already been hit by the war.

In addition to fears for the cereal sector, there are also worries over the impact of water shortages on livestock farming.

“All this comes together to give a picture of a situation that isn’t going to get better,” Byrs said.

The WFP is currently able to get aid to 4.5 million people in Syria out of the 6.5 million it estimates need help.

Byrs said it was not clear how many more people would end up counting on food aid supplies because of the drought.

The affected regions of Syria normally account for more than half the country’s annual wheat harvest.

According to UN experts, this year’s harvest could hit a historic low of between 1.7 million and two million tonnes.

Syria was last hit by a major drought in 2008, three years before the country slid into a civil war that has killed more than 150,000 people and driven nine million from their homes, including the 2.6 million refugees who have fled abroad.

The UN’s refugee agency said Tuesday that the numbers crossing the border could rise if there is no rainfall.