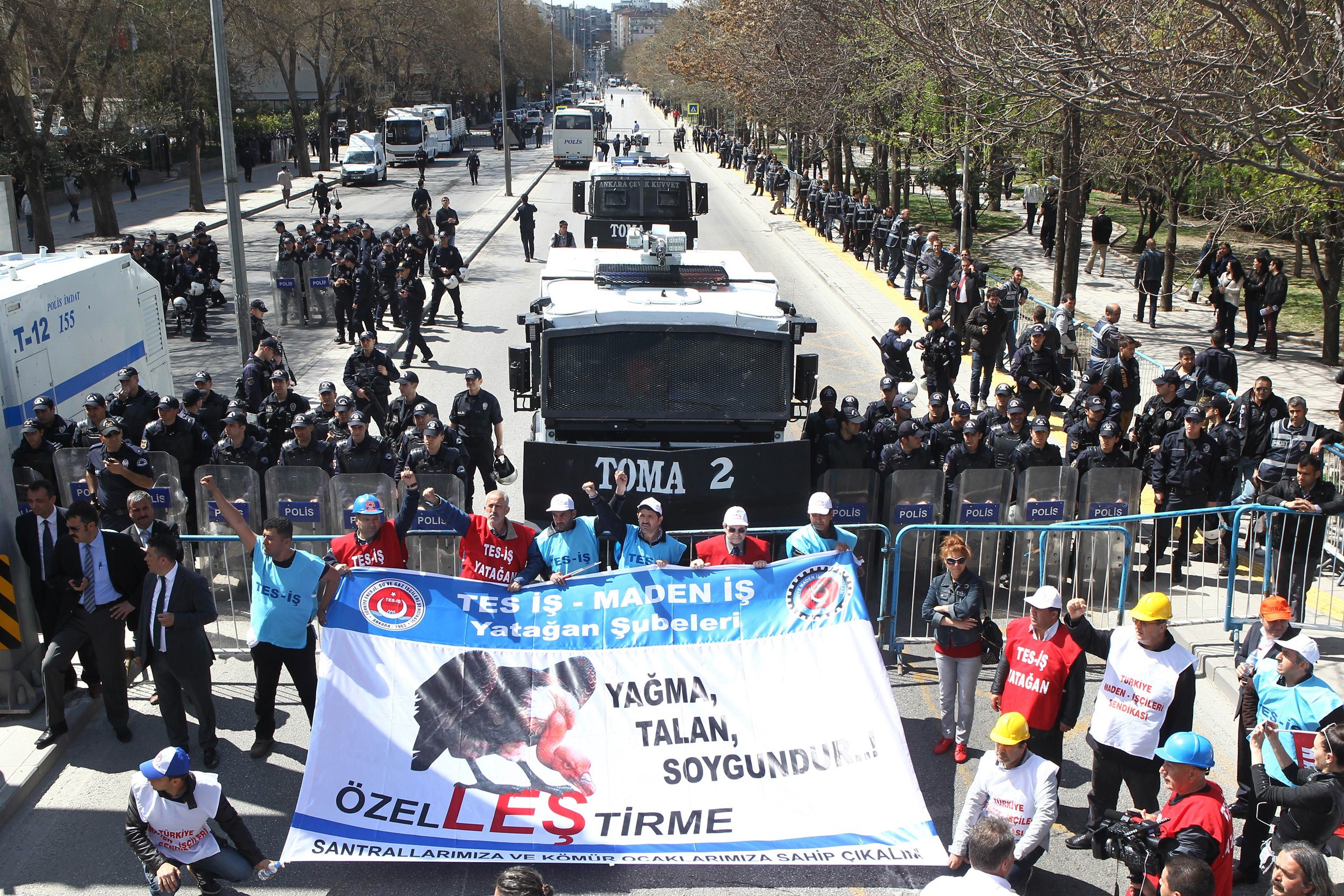 The agency re-affirmed the country’s current bond rating of Baa3, just one step above a so-called “junk” level, which is out of bounds for many pension and savings funds seeking safer investments.

The move piles more pressure on Prime Minister Recep Tayyip Erdogan, who has made a turnaround in Turkey’s economic fortunes a keystone of his 11-year rule.

Turkey’s strongman has faced increasing pressure for nearly a year, after huge demonstrations against his rule, which critics say has grown increasingly authoritarian, erupted in the country in June 2013, sparked by re-development plans for a green space in Istanbul.

The turmoil put pressure on the national currency, with the lira losing over 10% in two months before the central bank hiked interest rates in late January to stem the pressure.

Turkey’s economy grew by 4.0% in 2013, but analysts warn of a slowdown after months of turmoil and ahead of presidential elections in August.

Moody’s said that despite Erdogan’s election triumph, political tensions will persist through the second quarter of 2015 when parliamentary polls are due, and will weaken the country’s external financing position and medium-term growth prospects.

“The combination of challenges facing the country today – heightened political turbulence, pressures on its external financing and the prospect of weaker growth in the medium term, shift the balance of credit risks to the downside,” it said.

Fitch Ratings affirmed on April 4 its BBB- rating for Turkey, also the lowest investment-grade rating, but with a stable outlook.

Standard & Poor’s in February switched the outlook its rating of BB+ for Turkey, the highest speculative-grade, to negative citing a risk of a hard landing for the country’s economy.