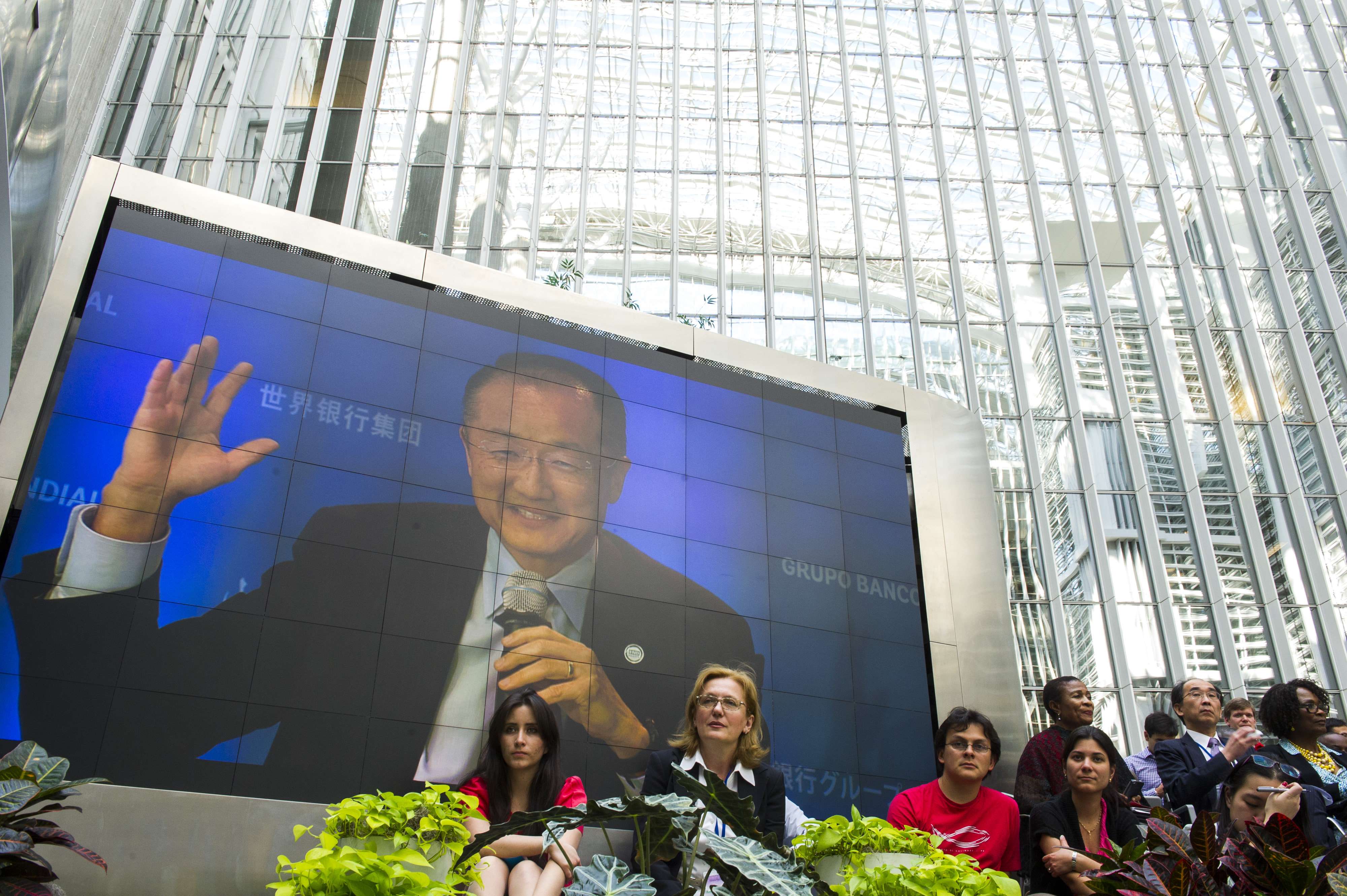 AFP – Leading economic policymakers meeting in Washington voiced worry Friday that the Ukraine crisis could hurt the world economy, but fell short of taking concrete action to strengthen growth amid signs of discord.

Meeting on the sidelines of the IMF/World Bank spring meetings, G20 finance ministers and central bank chiefs pledged to follow up on reforms and support a $27bn rescue program for Ukraine, even as Russia continues to menace its neighbor.

But there was little firm action on how to stimulate world growth further, prompting Australia’s Treasurer Joe Hockey, whose country leads the G20 this year, to label the sketchy plans “clearly inadequate.”

The G20 reiterated last year’s promise to boost collective growth by two percentage points, but there was disagreement on how to do so.

Hockey said individual members’ plans for contributing to that goal, offered after they met in Australia in February, fell short of what is needed.

“The comprehensive growth strategies that were submitted by countries following the meeting in Sydney were clearly inadequate,” he told reporters.

“Some countries put forward proposals that re-heated initiatives from previous occasions, or were already announced.”

When the G20 made the commitment to enhance growth, he added, “we really meant it. It wasn’t just a rhetorical figure put in the communiqué for publicity purposes.

“Instead of simply spending a lot of time reflecting on the lessons of the past, we need to be ambitious for the future. And that’s where the two-percent strategy is real.

“We’re not going to let it just remain in the too-hard-to-achieve basket. That’s unacceptable.”

A statement identified key issues, including increasing and rebalancing demand and making exchange rates more flexible, the latter an issue regularly raised with China – the world number two economy – by the United States.

But with many countries at different stages of the economic cycle, there were stark differences on what was important.

“Over the last couple of days the international community has made it clear that boosting growth is our top priority,” he said.

Hockey said G20 members were pressed to deliver more concrete growth plans by the group’s next meeting, in September, in Cairns, Australia.

“Every country has to come with deliverables,” he warned.

Despite rising tensions with Russia – a G20 member that looks increasingly isolated – the group was cautious in speaking about Ukraine.

“We are monitoring the economic situation in Ukraine, mindful of any risks to economic and financial stability,” they said in a statement.

Even so, it made it clear that they see Ukraine’s fragile economy, and the rising security threat after Moscow’s annexation of Crimea last month, as a serious problem for the global economy.

Much hangs on Ukraine being pulled back from the brink, including a $27bn rescue being mounted for the country by the International Monetary Fund, the World Bank and Western powers.

That includes $14-$18bn from the IMF, in a package to be formally decided late this month or early May.

Reza Moghadam, director of the IMF’s European Department, said it was hoping for more contributions from other countries and institutions “so we don’t have to put as much.”

The G20 meanwhile criticized the United States over its holding up of a four-year-old quota reform and funding increase for the IMF.

Saying it was “deeply disappointed” with the delay, it pressed the United States to ratify the reforms, which cannot move ahead without the backing of Washington, the largest IMF shareholder.

Increasingly there was talk of a complicated “Plan B” which could potentially diminish US influence at the Fund.

The G20 said it would give the US until the end of this year to ratify the reforms before it seriously mulls another path.

“Any other options will be discussed only if the 2010 reforms are not put into place by the end of this year,” said IMF steering committee chair and Singapore Finance Minister Tharman Shanmugaratnam.