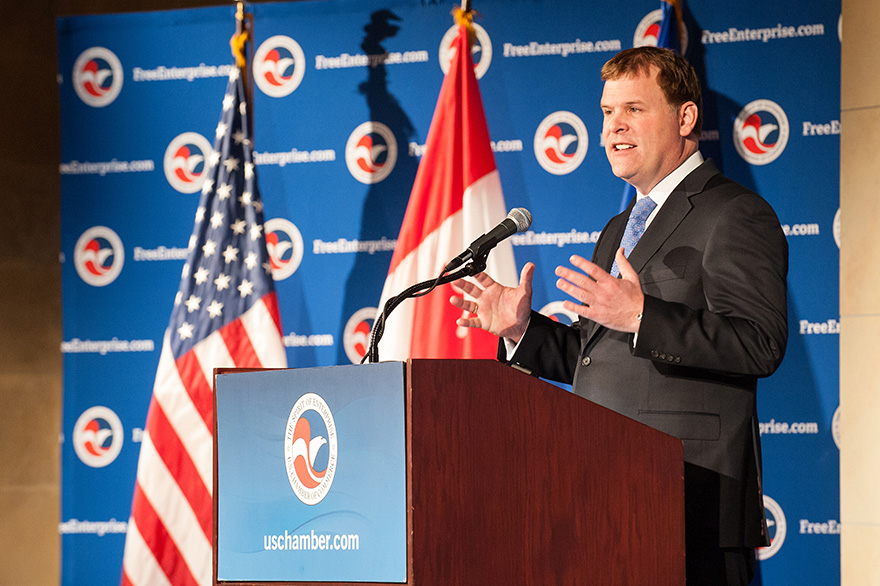 Canadian Foreign Affairs Minister John Baird is set to embark on a two-day trip to Cairo that “will signal Canada’s willingness to support Egypt during this important transition”.

Baird will be in Cairo on 17 and 18 April, after which he will make another two-day stop in Oman, where he will discuss the strengthening of bilateral ties.

A Sunday statement by the Canadian Foreign Ministry said that the talks will focus “on how Canada can most effectively stand with and support Egyptians through this critical time”.

Baird said in the statement: “We stand with the Egyptian people in their efforts to build a stable, inclusive, prosperous and democratic Egypt based on respect for human rights, fundamental freedoms and the rule of law.”

He added: “While we recognise the difficult political and security challenges facing Egypt, this visit will signal Canada’s willingness to support Egypt during this important transition.”

Baird is slated to hold talks with officials from the interim government, the Arab League as well as members of religious groups.

The statement did not address Al-Jazeera English bureau chief Mohamed Fadel Fahmy, a dual Canadian-Egyptian citizen detained since 29 December. Fahmy has passed the 100 day mark in prison on 7 April and he, alongside 19 other people, including two others who work for Al-Jazeera, were referred to trial in January on charges of “broadcasting false news” and “aiding a terrorist organisation”, among other charges.

On dual citizenship, the Canadian government’s website said: “If you are in trouble and need assistance in the country of your other citizenship, the local officials in that country may not welcome ‘outside interference’ and deny your right to consular assistance from Canada.”  However, Fahmy’s brother, Adel said that he has been receiving weekly visits from the Canadian Embassy.

Fahmy’s family received a letter from Interim President Adly Mansour on 23 March, in which the president said: “I want to reaffirm in this regard the independence of the Egyptian judiciary and my confidence that your son will get all his legal rights,” Al-Jazeera reported.

Fahmy sustained a shoulder injury days before his arrest and the letter came in response to an initial letter to Mansour from Fahmy’s family, which said that he received “little medical attention” and that his condition worsened while in prison.

The next trial hearing is scheduled for 22 April. This trial has garnered widespread local and international criticism and condemnation. The United States Department of State urged the Egyptian government last week to drop the charges and release the detained defendants.