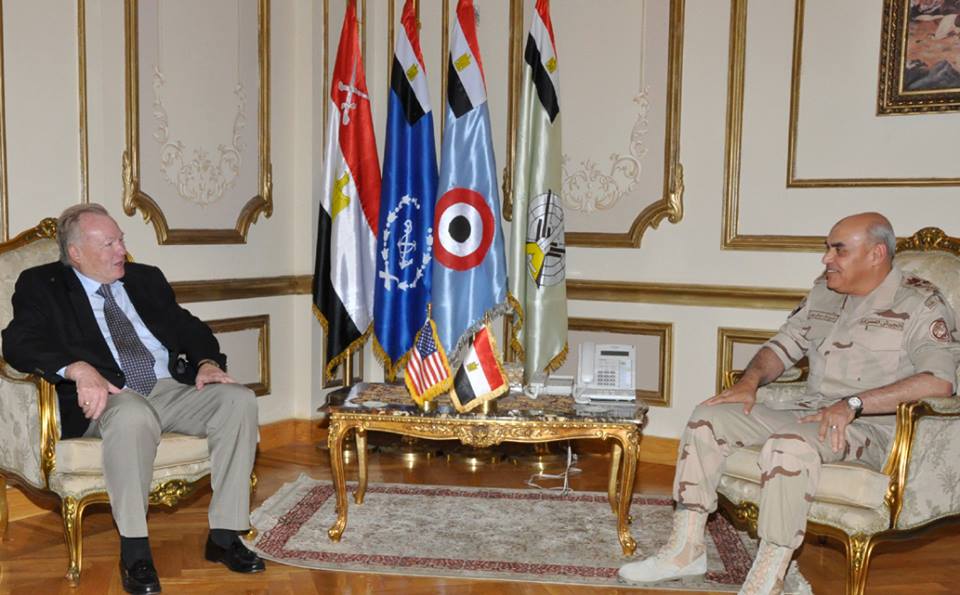 Two different American delegations have arrived in Egypt according to Mofid Deak, the US embassy press attaché and official spokesman, to discuss security and transitional issues and meet with presidential hopeful Abdel Fattah Al-Sisi.

Statements by the Egyptian army spokesman and Al-Sisi’s official presidential campaign of mentioned that a “senior American delegation” composed of military veterans and strategic analysts met with Al-Sisi and Defence Minister Sedki Sobhi on Tuesday. During the meeting a number of security topics were discussed, and the US delegation expressed its support for the future of Egypt.

Meanwhile, a separate delegation led by Deputy Assistant Secretary of Defense for Middle East Policy Matthew Spence is in Cairo to meet a number of Egyptian officials and representatives of civil society according to Deak.

Deak said the second delegation was in Egypt to discuss a number of topics of mutual interest, including Egypt’s political transition, joint defence, counterterrorism and security issues.

The return of the aid in the 2014 fiscal year is conditional on Egypt’s commitment to a democratic transition, the Camp David treaty and strategic relationship with the US and its obligations, according to a bill that was passed by the US Senate last January.