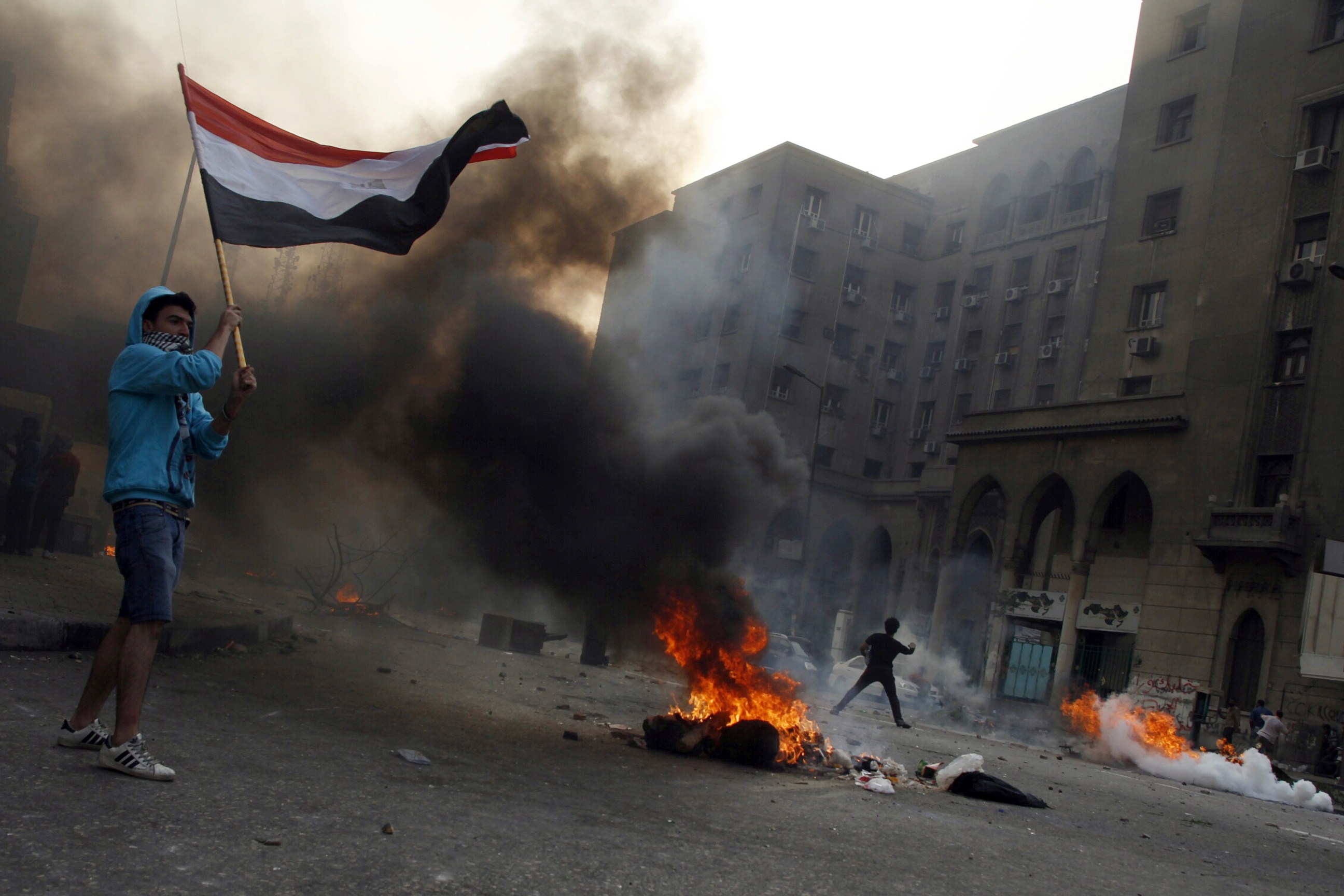 The Dokki Misdemeanour Court sentenced on Wednesday 120 people to three years in prison for taking part in the violence which broke out last October during celebrations commemorating the October War.

The court acquitted six defendants in the same trial of the charges of inciting violence and riots.

The 126 defendants were reportedly charged with possession of firearms, joining a terrorist organisation, terrorising citizens, use of force and assaulting state institutions and private properties, among other charges.

At least 53 people were killed as a result of sporadic clashes that broke out in Greater Cairo and a number of other governorates on 6 October, 2013 during the 40th anniversary of the October war.

Rival demonstrations were scheduled on the anniversary by supporters of ousted President Mohamed Morsi, who had called for marches to Tahrir Square, where supporters of the army and former minister of defence Abdel Fattah Al-Sisi had gathered in commemoration of the anniversary.

The Ministry of Interior announced it had arrested 423 of those who participated in the clashes and “attacked citizens”. The ministry claimed those arrested were in possession of firearms. In Giza, the ministry added, 180 were arrested while in possession of automatic rifles and birdshot guns, following clashes in Bein Al-Sarayat and Dokki.