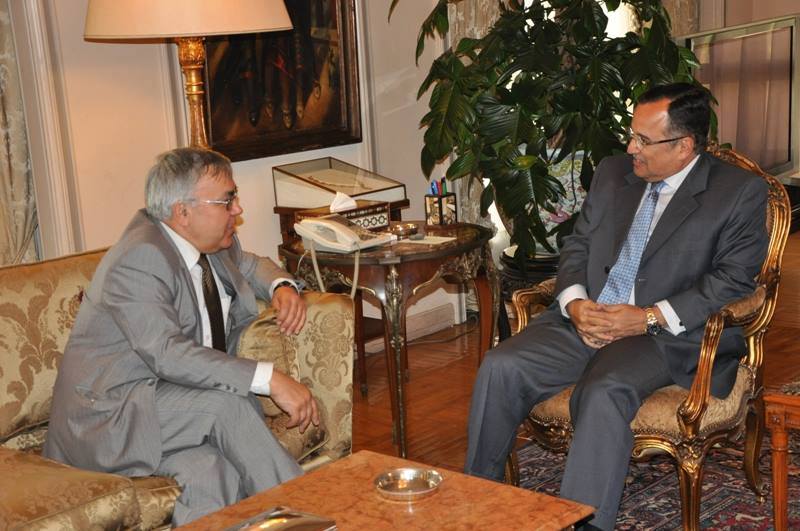 According to statement from the Ministry of Foreign Affairs, Fahmy and his Russian counterparts discussed the “determination of the two countries to develop bilateral relations in various fields,” in order to “achieve the aspirations of their peoples and their common interests”.

The topics of discussion included domestic issues. The Russian envoy detailed the present political situation unfolding in eastern Ukraine while Fahmy detailed the status of the post 3 July roadmap.

The Russian envoy endorsed the roadmap and offered to send a delegation to oversee Egypt’s upcoming presidential elections, slated to take place in late May. Russian cooperation during the election would have to be verified by the Supreme Electoral Council.

The group discussed the current political situation in the region, discussing events in Syria, Palestine, and Libya. Attention was given to “supporting the Libyan authorities and enable them to impose security and public order and stability and border control.”

In mid-February, former Defence Minister and current presidential hopeful Abdel Fattah Al-Sisi travelled to Russia with Fahmy for “high level talks”. The discussions between Egyptian defence and foreign ministers and their Russian counterparts were held on 12 and 13 February and centred on fighting terrorism.

“I wish you luck both from myself personally and from the Russian people,” he said.