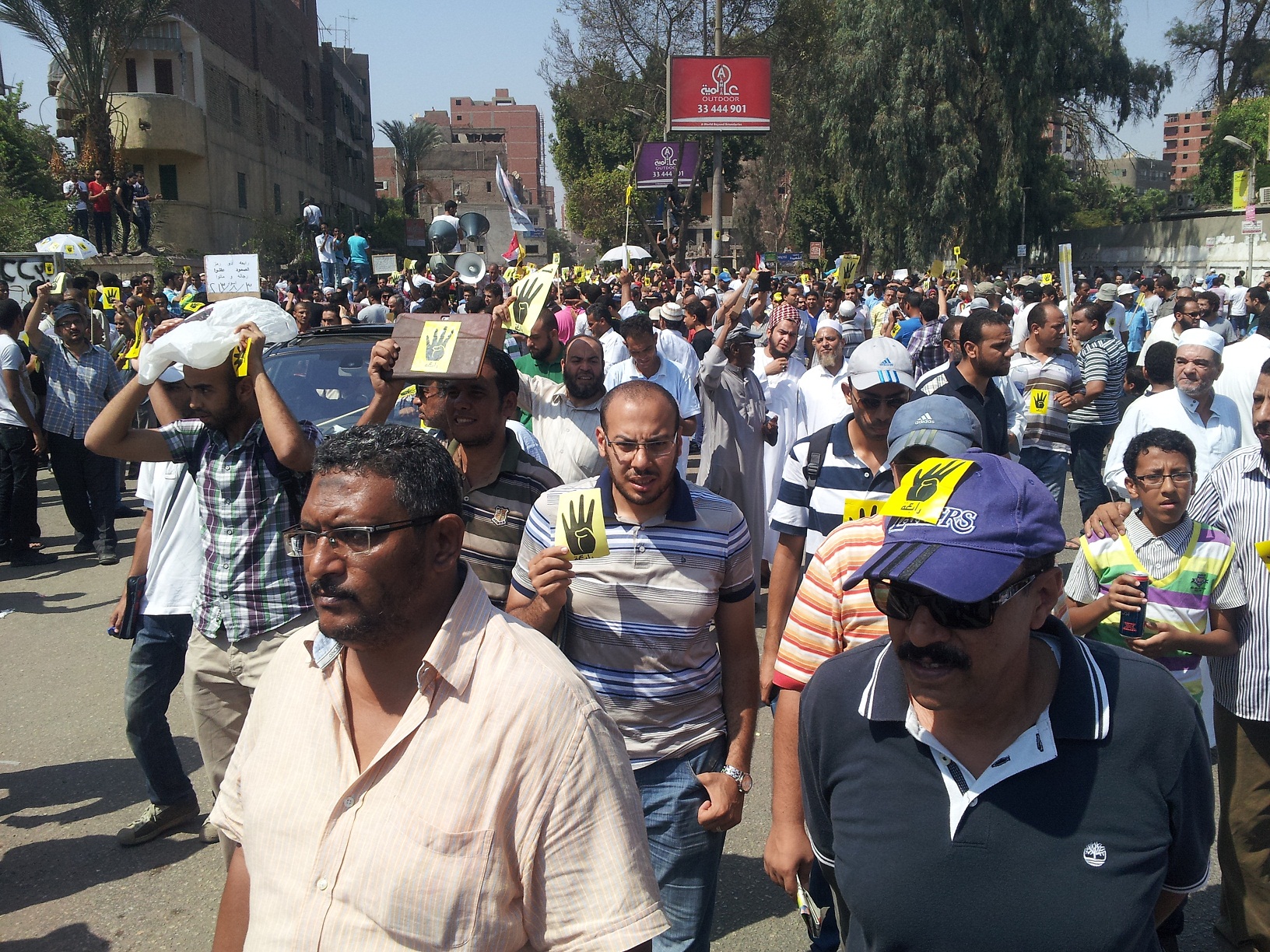 The Arab Network for Human Rights Information (ANHRI) and the Committee to Protect Journalists (CPJ) released statements Tuesday condemning the targeting of journalists by “authorities, political groups and citizens” after two journalists were wounded during a protest dispersal on Monday.

ANHRI’s statement addressed the worrying trend of assaults on journalists: “Journalists in Egypt have become a target from all sides, whether the security forces or even citizens who show hostility to them.”

“The period since interim president Adly Mansour came to power has witnessed the highest rate of journalists murdered. In addition, many of them faced different violations, including physical assaults, abuses and suspension,” the statement continued.

CPJ also voiced the same concerns, specifically highlighting the use of live ammunition against journalists who were covering Monday’s clashes.

“Authorities can take the first step toward quelling the violence by fully investigating the attacks on Amr Abdel-Fattah and Khaled Hussein and holding those responsible to account,” he added, in reference to Monday’s two wounded journalists.

ANHRI echoes the same concerns, calling for “Egyptian authorities, political groups and citizens to discontinue the target of journalists or the attempts to hamper them from doing their job.”

ANHRI also calls for “Egypt’s Journalists Syndicate and press institutions to protect journalists and also to provide the adequate protection for them during the press coverage, particularly when it comes to the clashes that imperil their lives.”

Both statements draw attention to the fact that journalists are being wounded or killed with increasing frequency. Mayada Ashraf, a 22 year-old journalist for privately owned Al-Dostour, was shot and killed on 28 March while covering clashes between security forces and protesters affiliated with the recently-banned Muslim Brotherhood.

According to forensic reports, Ashraf was shot in the back of the head with live ammunition. It is still unclear who killed the young journalist, as each side trades blame for the death of the 10th journalist since the 2011 uprising that ousted Hosni Mubarak.

The Press Syndicate condemned the “recurrence of crimes” that target journalists and called for an immediate and indefinite strike from fieldwork in a statement on Monday. The syndicate also strongly condemned “the crime of assaulting two colleagues using live ammunition and birdshot”.

ANHRI’s statement blames the “Journalists Syndicate, along with the different press institutions”, which “failed to provide a genuine protection for journalists”.

“They failed to get any guarantees for their lives and without prejudice to them,” the statement reads.

In February, Egypt ranked 159th out of 180 listed countries in the 2014 World Press Freedom Index, a report annually released by Reporters Without Borders.

According CPJ, 10 journalists have been killed in Egypt since 2011. The most recent death was that of Mayada Ashraf, the first in 2014; six of the deaths took place in 2013.