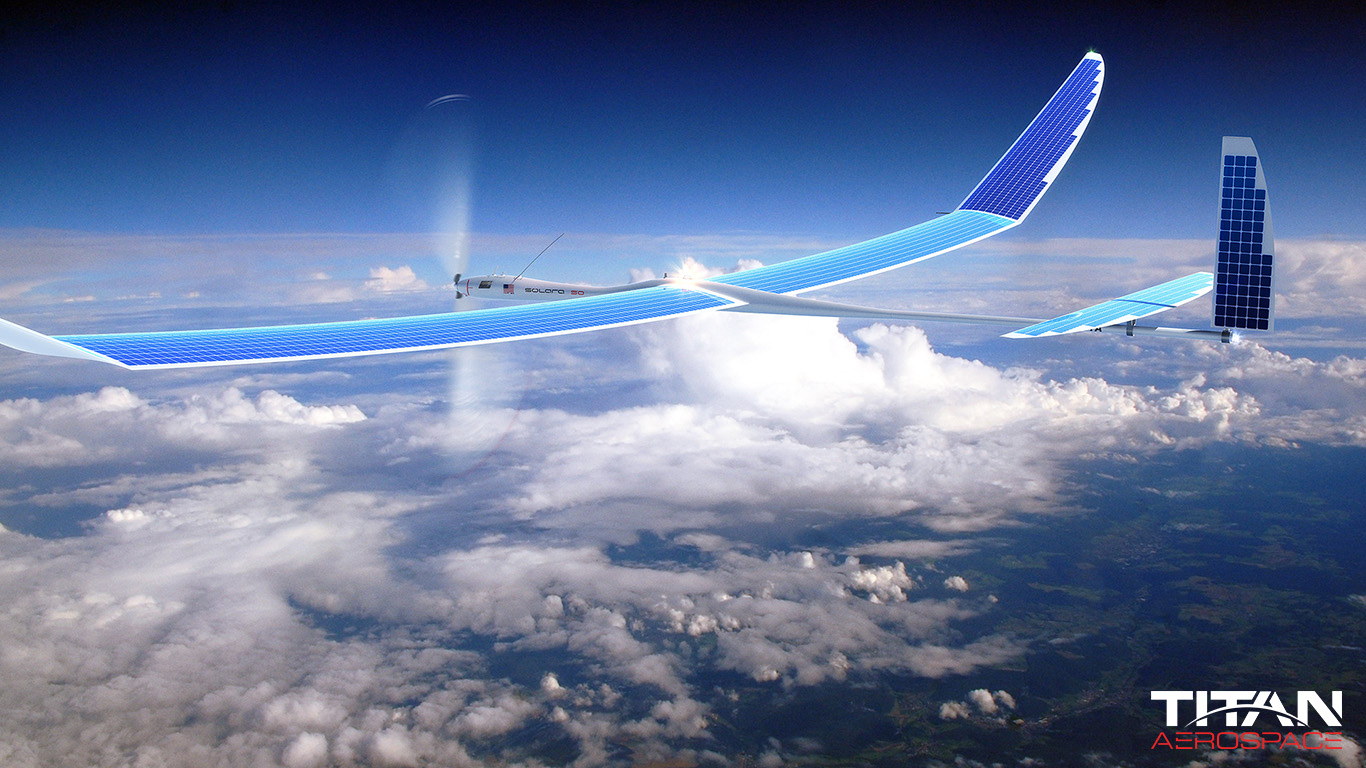 AFP – The shortest path to the Internet for some remote corners of the world may be through the skies.

That is the message from US tech giants seeking to spread the online gospel to hard-to-reach regions.

Google took a step in that direction this week with the acquisition of Titan Aerospace, a maker of solar-powered drones that can help boost Internet access to remote areas.

“It’s still early days, but atmospheric satellites could help bring Internet access to millions of people, and help solve other problems, including disaster relief and environmental damage like deforestation,” said a Google spokesman.

Titan’s drones are able to run for five years at an altitude of some 65,000 feet (20,000 metres). They can perform similar functions to geostationary satellites, but are less costly.

Drones are just one of several ideas being explored by Google, Facebook and others that may involve satellites, high-altitude balloons, blimps or other flying machines.

Google has already begun work on Project Loon, which uses large balloons for transmitting Internet signals to regions that are not now connected.

Tests were carried out last year in New Zealand, and one balloon circumnavigated the world in 22 days.

Google’s plan is to keep the balloons aloft in the stratosphere for 100 days, with movements guided by an algorithmic formula.

A similar idea comes from Facebook, which last month unveiled its “Connectivity Lab” aimed at spreading the Internet with drones, satellites and solar-powered planes.

Facebook chief Mark Zuckerberg said recently that he sees a potential in drones because they “have more endurance than balloons, while also being able to have their location precisely controlled”.

“And unlike satellites, drones won’t burn up in the atmosphere when their mission is complete,” he added.

Facebook is working with global partners, including Samsung, Nokia, Ericsson and Qualcomm, in a group called Internet.org that seeks to improve Internet access to lesser developed regions.

It’s not quite clear if these ideas are merely pie in the sky.

“It’s all very interesting but the technology is very unproven,” said Roger Kay of Endpoint Technologies.

Kay said Google appears to outflank Facebook for Titan and that “it’s a bit of a defensive move, but it’s also possible that this will not bear practical fruit”

“People have played with it for years and it is not going anywhere,” Gold said.

“I don’t think it’s cost-effective for companies like Google and others to put up a thousand drones just to get people access.”

Gold maintained that Google “can do all kinds of experiments, they’ve got the cash and money to do that. But I’m not sure I would at this point look at it as a serious way for them to deliver Internet”.

Google has a ground game as well as an air game, however. The California giant is expanding its Google Fiber project to dozens of US cities.

And sources familiar with Google’s plans say the work in the skies is not merely a pipe dream: Data from Loon and Titan drones may be integrated into other projects, notably efforts to fine-tune services such as Google Maps.