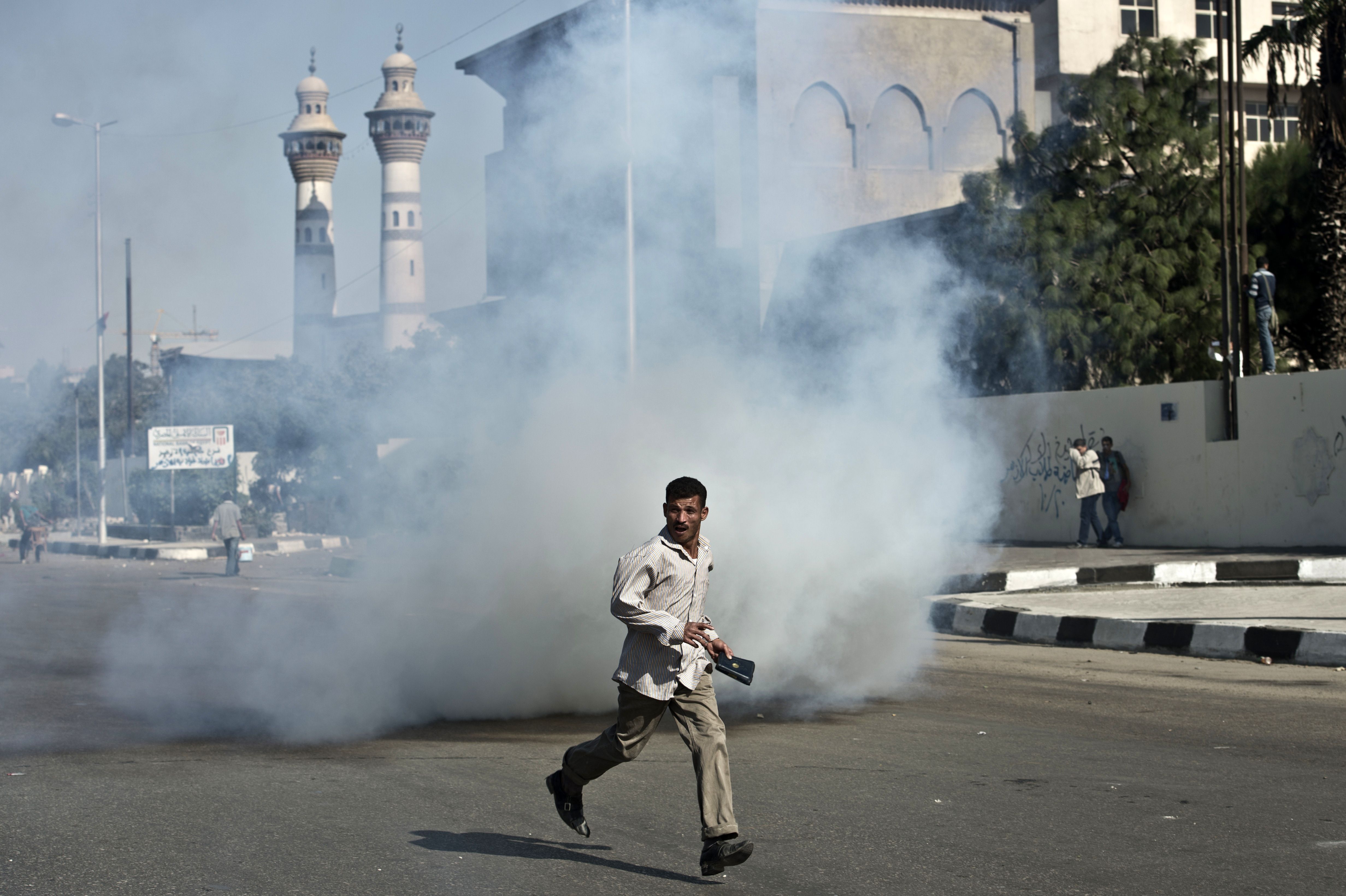 Clashes erupted Sunday evening in the Cairo suburb of Nasr City outside Al-Azhar University dormitories, following a protest organised by the Students Against the Coup (SAC) movement.

SAC had organised the demonstration to protest the decision of the Supreme Council of Universities (SCU) to push forward the date of exams.

The SCU, headed by the Minister of Higher Education Wael El-Degwy, announced last Wednesday following their meeting that lectures of the second semester would be concluded on Wednesday 23 April and that final exams would commence on 3 May. On Tuesday, exam schedules would be finalised by faculties’ councils, the council added.

Dr Adel Abdel Ghafar, spokesman for Cairo University, commented in a televised interview that all exams will be concluded by 22 May and that “unprecedented precautions” will be taken. On Tuesday, a security plan will be finalised, organising the official entrances, forces securing the campus and search protocols.

“This university year is exceptional, full of protests that include escalating violence, not to mention the political situation that the country is going through,” said Abdel Ghafar. “The decision came to protect the lives of students and faculty members.”

The Student Union of the Faculty of Engineering at Cairo University announced last Saturday on its Facebook page that the decision would not be applied to practical faculties and that the faculty’s dean, Sherif Murad, will announce any updates on exams on the faculty’s website.

The President of El-Midan Student Group Mohamed Sarhan meanwhile said a dialogue is taking place among the youth of the different political parties and will include representatives from different student unions to have a unified stance from the decision.

“The decision only postpones the problems to the following year instead of solving it and it negatively affecting the educational process,” lamented Sarhan.

The beginning of the second semester was delayed a number of times due to security escalations in universities and had eventually started on 8 May, except for Al-Azhar University, which was postponed until 15 March.

The first semester had witnessed a large number of violent incidents on campuses resulting in 5 deaths and more than 300 documented cases of arrests.

Despite the signing of a security protocol between the Ministry of Interior and SCU bolstering the security presence at universities – including  the addition of surveillance cameras and metal detectors at some – violence in universities continued in the second semester, with the death toll rising to 14.