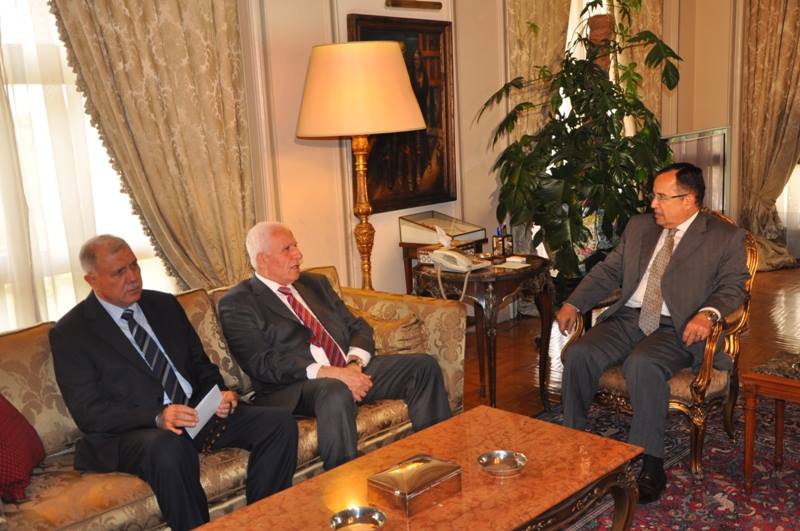 As the 29 April deadline approaches for Palestinian-Israeli final status negotiations, Palestinian factions Hamas and Fatah are expected to meet in Gaza in the coming days in an attempt to reconcile their differences.

Egyptian Foreign Minister Nabil Fahmy hosted Secretary of the Fatah movement and member of the Palestinian Legislative Council Azzam Al-Ahmad in Cairo on Sunday morning, before the latter heads to Gaza for the reconciliation talks, expected to take place in the next two days.

Al-Ahmad was dispatched by Palestinian Authority President Mahmoud Abbas to update Egypt on the status of negotiations with the Israeli side. As the deadline approaches, Fahmy told Al-Ahmad that any extension of the deadline would have to be on “clear basis and specific timeframe leading to a comprehensive solution.” The Palestinian side has previously rejected the notion of extending the timeframe for the negotiations past the agreed nine-months.

Egypt’s role in Palestinian reconciliation has been unclear since the overthrow of former President Mohamed Morsi. During his year in power both Fatah and Hamas expressed their desire for reconciliation and Egypt provided Cairo as a venue for the two sides to meet.

Since Morsi’s overthrow, relations with Muslim Brotherhood offshoot Hamas have deteriorated rapidly. The freedom of movement for people and goods enjoyed under Morsi has seen increased regulation under Egypt’s interim government. The deterioration culminated in a March court ruling banning the Hamas’ activities inside Egypt, where the Gaza Strip rulers had set up an administrative base.

Just a week after the court ruling a Hamas official said that without Egyptian sponsorship, there could be no reconciliation with Hamas. Al-Ahmad responded immediately to the comments, saying that Hamas does not have the right to dictate terms of reconciliation.

The rift between the Palestinian factions was brought to the forefront of the wider Palestinian issue following a 2006 legislative victory for Hamas in the Gaza strip, which was followed by a militarised conflict between the Fatah and Hamas, lasting a year. The two sides have yet to make any concrete agreements on reconciliation since then, despite the end of the armed conflict.