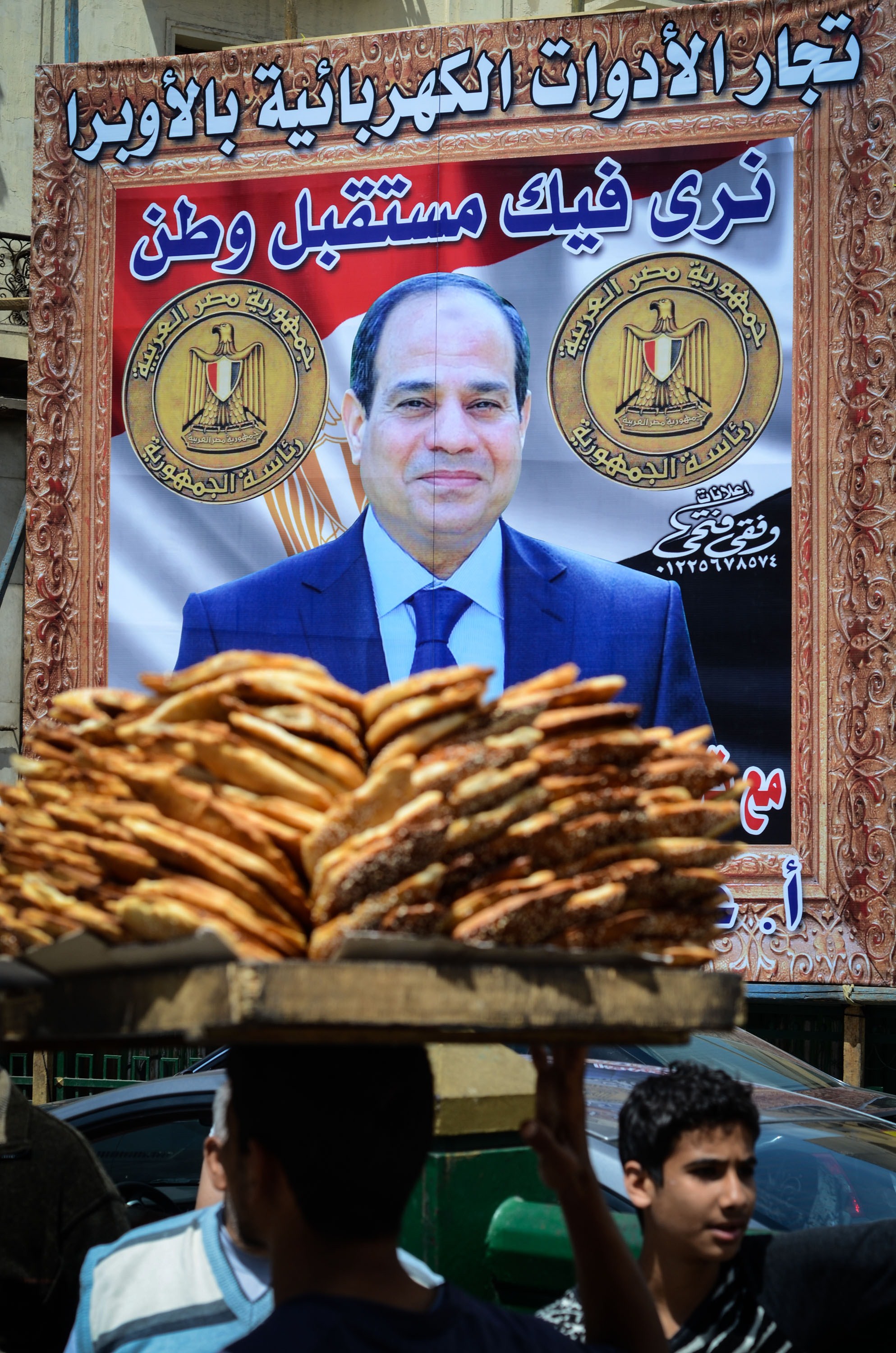 Former defence minister Abdel Fattah Al-Sisi and Nasserist politician Hamdeen Sabahy are officially the only two candidates in the upcoming presidential elections after the window to apply for candidacy closed on Sunday.

After the deadline passed, Abdel Aziz Salman, the secretary general of the Supreme Electoral Commission, announced Sunday that Al-Sisi, the first to apply for candidacy, had collected 188,930 signatures. The number of required signatures in order to qualify is only 25,000.

Salman added that Sabahy, the second and only other candidate, has collected 31,555 signatures.  Sabahy meanwhile said in a televised interview on private television channel Al-Youm Sunday that the “state” would not be neutral in the upcoming elections and that it would side with Al-Sisi. Sabahy claimed that government vehicles were being used to facilitate signature collection for Al-Sisi.

The two presidential candidates have the right to object to each others’ candidacies before the commission on 22 and 23 April, provided that they present the reasons for objection.

Al-Sisi’s legal adviser Mohamed Bahaa Abu Shaqqa had presented the commission with Al-Sisi’s application for candidacy on 14 April. Sabahy, on the other hand, presented his application last Saturday, one day before the closing date.

Also on Saturday, lawyer and president of Al-Zamalek Sporting Club Mortada Mansour announced that he would not be running for president.

Salman said that requests by international NGOs to monitor the elections had been processed and six big organisations had been approved. Those approved, he said, have experience in elections monitoring and will be able to provide neutral reports covering the whole country.

Salman added that the requests by local NGOs are still being processed. Around 120 local NGOs have submitted requests.

The law has set EGP 20m as a spending limit for each candidate, Salman said.

The first round of presidential elections is scheduled to take place on 26 and 27 May. A second round, if necessary, would take place on 16 and 17 June.

Sabahy said during the interview that he expects to win the elections by more than 51% and would not serve as “décor” in the race. He called on the revolutionary youth who support Al-Sisi to change their points of view and vote for him.

Sabahy also called on those who decided to boycott the elections to reconsider their decision, adding that “if the youth decide to make this their battle, they will win.”

After the commission convened on Sunday, it was decided that the window to apply for candidacy would close at 2.00 pm. Salman said that some potential candidates had requested an extension of the deadline for presenting the required documents to apply for candidacy, but Salman stressed that those who “want to join the elections race must be ready on time.”