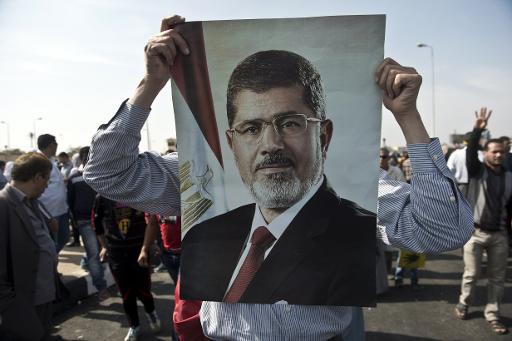 Morsi, accused of espionage, appeared in court on Tuesday at Cairo’s Police Academy, among 35 defendants also accused in the case.

The Cairo Criminal Court issued a gag order for the trial.

oups such as Hamas, the ruling party in Palestinian territory, the Gaza Strip, and Lebanese militant group Hezbollah. The prosecution statement circulated when the defendants were referred to court in December, describing the trial as “the biggest case of espionage in the history of Egypt”.

Earlier in April Morsi appeared in court for five consecutive days in three separate cases. He is currently named as a defendant in a total of four cases, in which he is accused of breaking out of prison in January 2011, insulting the judiciary and inciting the killing of protesters outside of the presidential palace in December 2012, in addition to the espionage charge.