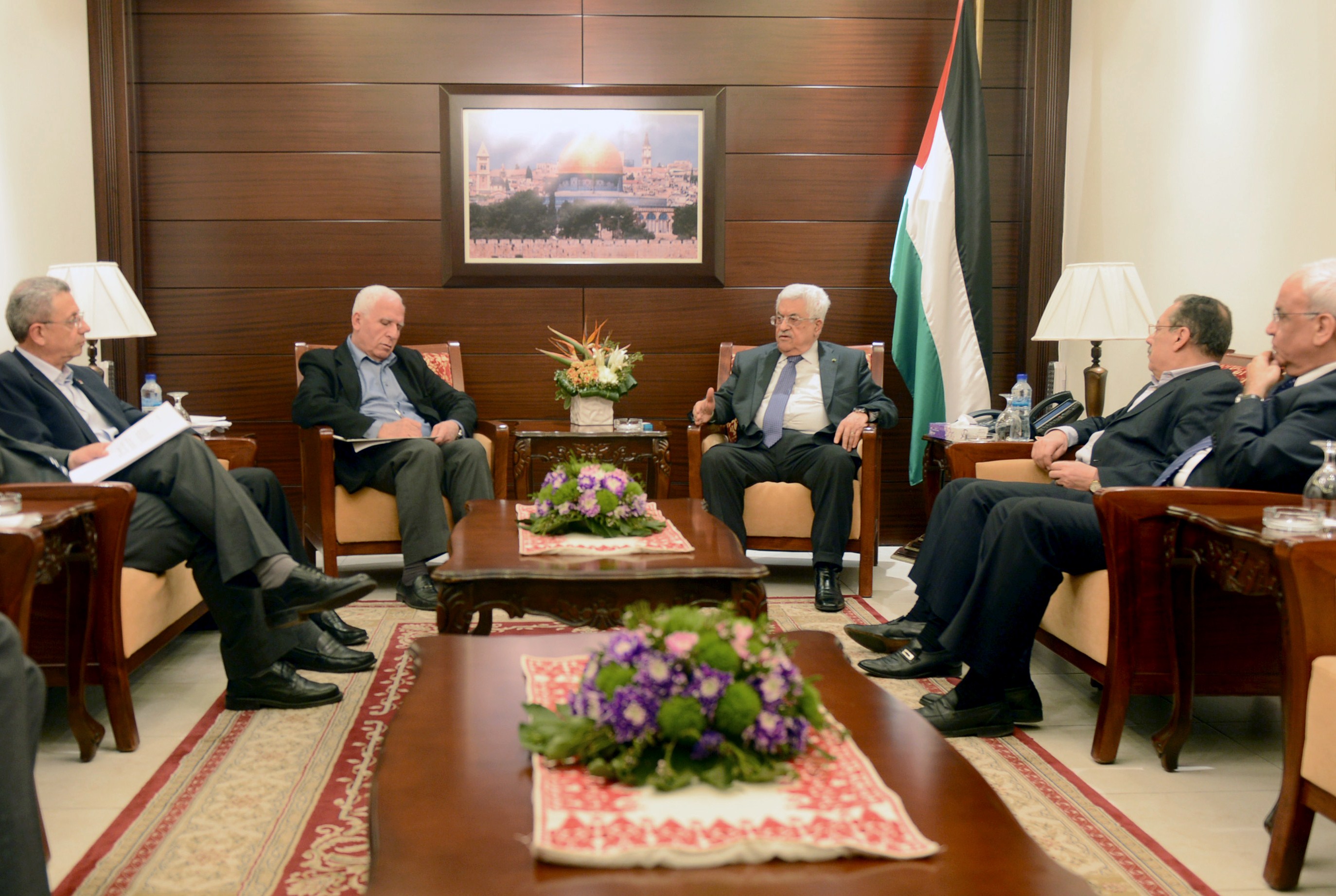 AFP – The Palestinians on Tuesday played down a threat to dismantle the Western-backed Palestinian Authority, which is Israel’s interlocutor, if US-sponsored peace talks remain deadlocked.

“No Palestinian is speaking of an initiative to dismantle the Palestinian Authority [PA],” chief negotiator Saeb Erakat told AFP.

“But Israel’s actions have annulled all the legal, political, security, economic and operational aspects of the prerogatives of the Palestinian Authority.”

Palestinian negotiators had warned that they may hand responsibility for governing the occupied territories back to Israel if peace talks remain stalled, a senior Palestinian official said Sunday.

He said the Palestinians had told US peace envoy Martin Indyk that unless Israel releases Palestinian prisoners as agreed and freezes settlement building, they could dismantle the Authority, which was set up following the Oslo peace accords in the 1990s and was intended to pave the way towards the establishment of an independent state.

US State Department spokeswoman Jennifer Psaki criticised the threat as “extreme” and warned that any such move would affect American aid to the Palestinians.

On the Israeli side, Prime Minister Benjamin Netanyahu accused the PA of endangering the peace process.

The warning from the Palestinians came ahead of planned unity talks between the Palestine Liberation Organisation, which like the PA is headed by president Mahmud Abbas, and the Islamist Hamas movement ruling Gaza, which rejects any peace talks with Israel.

“The Palestinian Authority, which yesterday was talking about its dismantlement, is today talking about unity with Hamas,” Netanyahu said.

“They need to decide… Do they want to dismantle themselves or to unite with Hamas? When they want peace [with Israel] they should let us know.”

Indyk is to take part in a fresh attempt to salvage the peace talks at a meeting in Jerusalem later on Tuesday with Israeli and Palestinian negotiators, according to a Palestinian source.