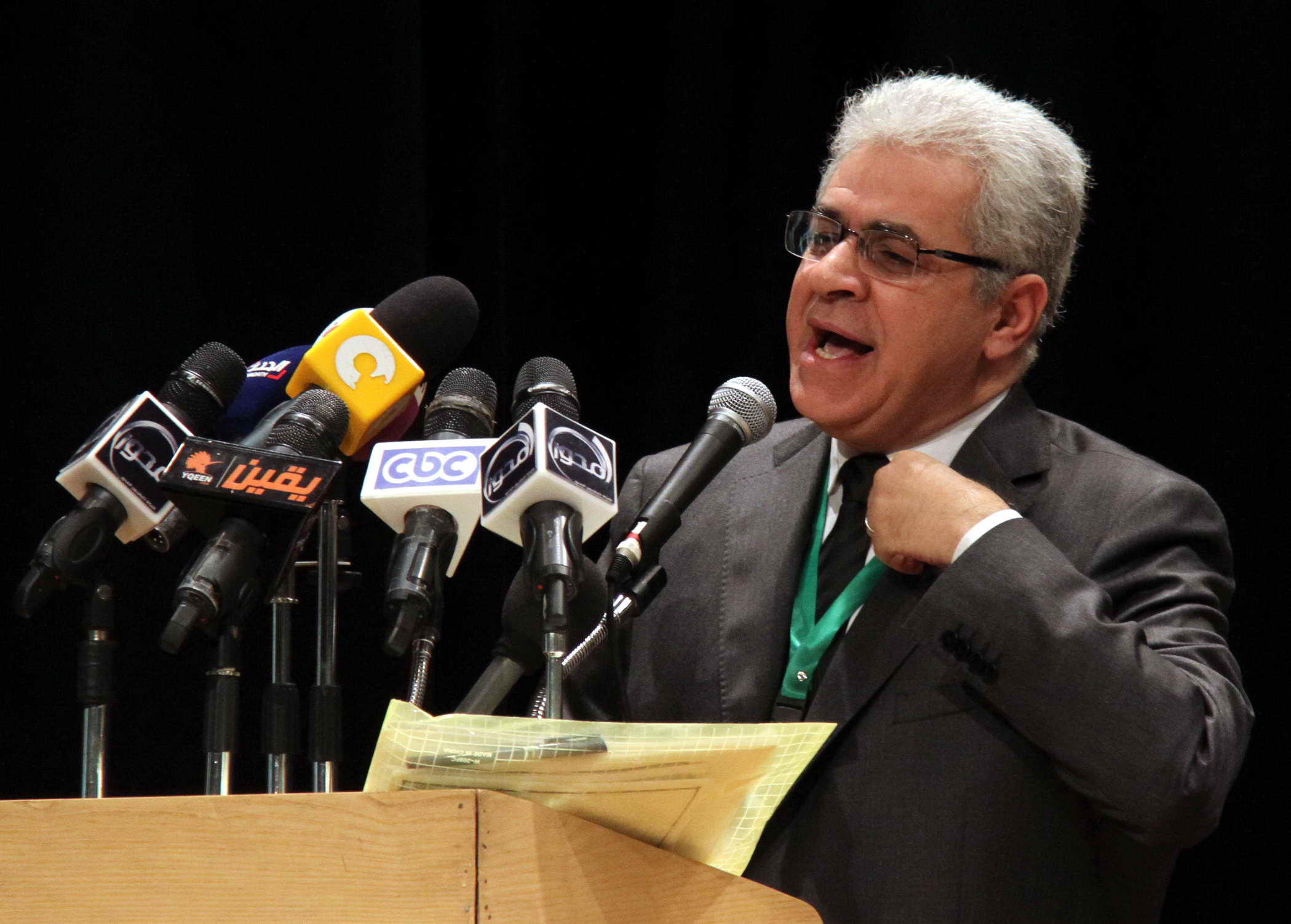 A statement by Al-Dostour Party stated that the two sides agreed to “immediately begin coordination” in all fields related to Sabahy’s presidential bid.

Al-Dostour Party President Hala Shukrallah had announced on 16 April that the party will back the Nasserist politican. The decision was reached after the majority of the party’s members voted to support Sabahy.

The upcoming presidential elections are scheduled for 26 and 27 May. A second round, if necessary, would take place on 16 and 17 June.

After the window to apply for candidacy closed on Sunday, Sabahy was left as the only contender running against former defence minister Abdel Fattah Al-Sisi.

The law requires that candidates collect 25,000 signatures in order to complete their application for candidacy. While Al-Sisi, the first to apply for candidacy, collected 188,930 signatures, Sabahy only collected 31,555 signatures, with help from Al-Dostour party members.

However, Sabahy, who also ran for the 2012 presidential elections, said in a televised interview this week that he expects to win and denied that he would serve as “décor” in the elections.