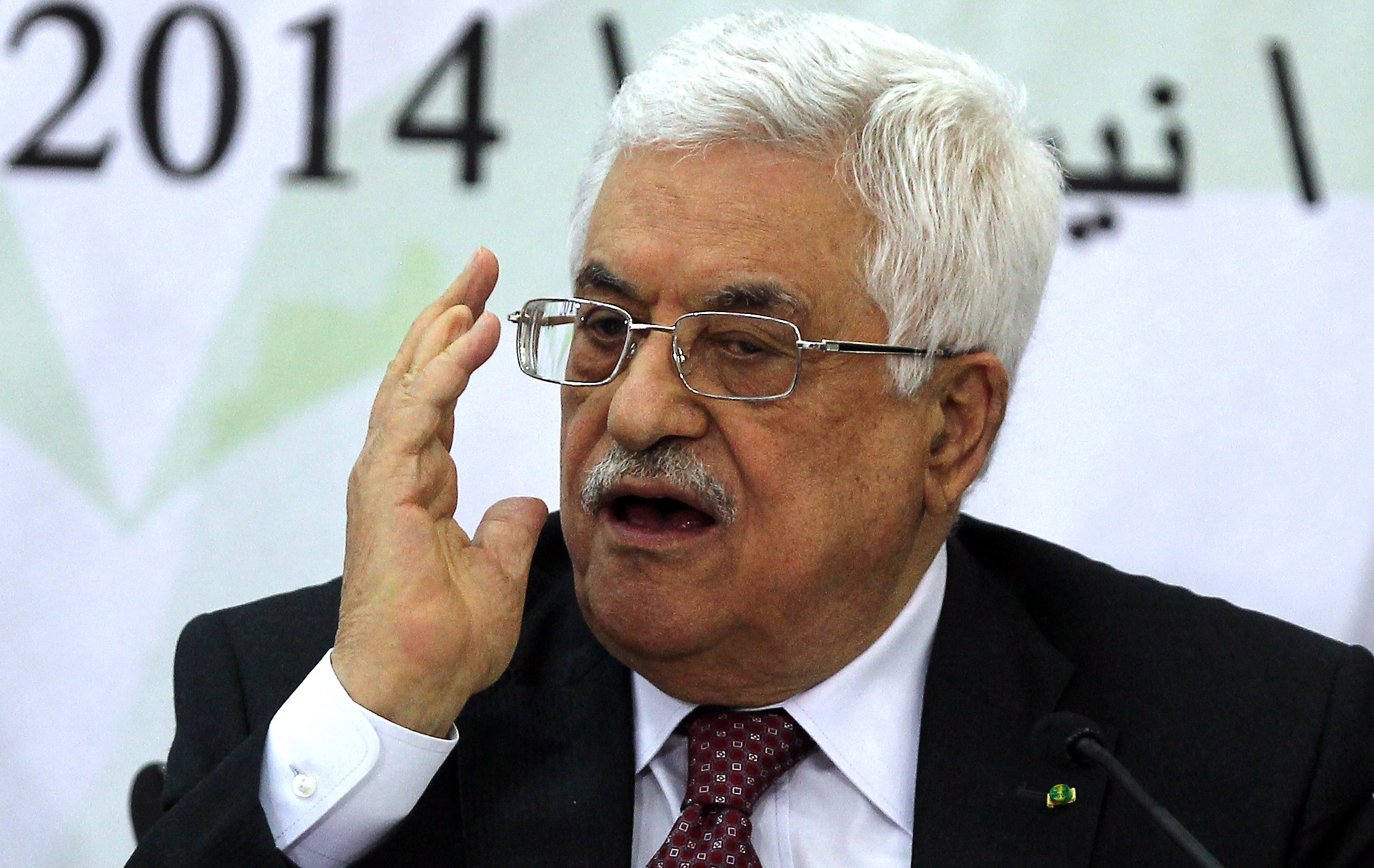 AFP – Palestinian president Mahmoud Abbas said Saturday the new unity government he is set to head with the backing of Hamas would reject violence and recognise Israel and existing agreements.

Abbas was speaking the Palestine Liberation Organisation’s Central Council, which had convened to chart a course of action after Israel suspended US-brokered peace talks in response to the deal with Hamas.

Israel said it would not negotiate with a government backed by Hamas, the armed Islamist movement ruling the Gaza Strip, which is pledged to the destruction of the Jewish state and has always rejected peace talks.

“The upcoming government will obey my policy,” Abbas told members of his PLO on Saturday. “I recognise Israel and reject violence and terrorism, and recognise international commitments.”

And Abbas stressed that the new government would not be charged with negotiations, but the PLO, which “represents the entire Palestinian people.”

The PLO is the internationally recognised representative of the Palestinians and their interlocutor in peace talks.

The Palestinian Authority was created as part of the Oslo peace process in the 1990s to administer the occupied Palestinian territories.

Abbas heads both, as well as the secular Fatah party, which dominates the PLO.

Under the Wednesday PLO-Hamas agreement, Abbas would head an “independent government” of technocrats, to be formed within five weeks.

That new interim administration would be charged with holding parliamentary and presidential elections within six months of taking office.

Israel and Western nations view Hamas as a terrorist organisation, and Israeli Prime Minister Benjamin Netanyahu said Abbas must choose between reconciling with the Islamist group and negotiating peace with his country.

Abbas also reiterated that the Palestinians would never recognise Israel as the “Jewish state,” saying they recognised it as a state in 1993 and should not have to accept its religious identity, which has been a central demand of Netanyahu.

The Palestinian leader pointed out that no similar demand was made of Egypt or Jordan when they signed peace treaties recognising Israel.

The dispute over recognition and Israel’s continuing construction of settlements in the occupied territories presented major obstacles to US Secretary of State John Kerry’s dogged efforts to coax the two sides towards a historic peace agreement.

Israel and the United States had been hoping to extend the faltering talks, which were launched last July, beyond their April 29 deadline, but the efforts hit a wall last month when Israel refused to release a final batch of Palestinian prisoners.

The Palestinians retaliated by applying to adhere to 15 international treaties as Abbas listed conditions for extending the talks beyond the deadline.

Abbas reiterated Saturday that he would agree to an extension if Israel freezes settlement construction in the occupied West Bank and annexed east Jerusalem, frees the prisoners and begins discussion on the borders of a promised Palestinian state.

“If they don’t want to commit there is the other solution — for them to take over everything,” Abbas said, implying a consequence of not renewing talks could be the dismantlement of the PA.

On Friday, State Department spokeswoman Jen Psaki said US efforts to broker a peace deal had not failed, but were in a “holding period” as Palestinians and Israelis decide their next move.

She said Abbas had insisted that any new government would adhere to his non-violence policies, calling the assurances a “positive thing.”

After Abbas spoke, the PLO meeting adjourned until later in the evening.

Earlier on Saturday, Netanyahu spokesman Ofir Gendelman wrote on Twitter that “abbas forged a pact w/ a global terrorist organisation,” noting Hamas was on the “terror lists” of various states, including the United States and Egypt.