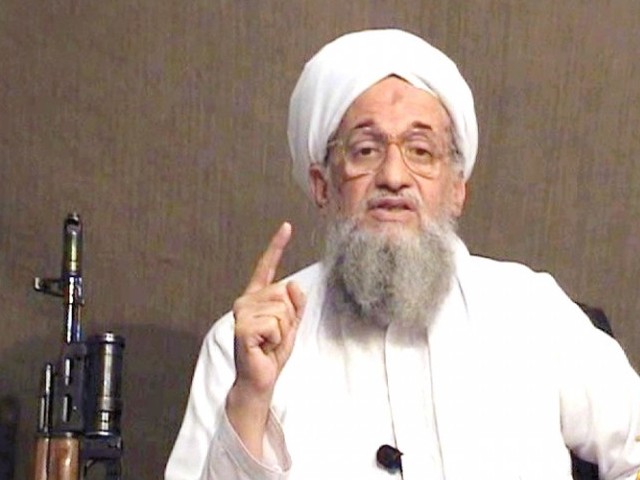 Ayman Al-Zawahiri, the current leader of Al Qaeda, expressed solidarity  with Egypt’s Muslim Brotherhood in a recent video and urged his followers to conduct kidnappings of westerners, according to the SITE Jihadist-monitoring service.

In a video interview with Al-Qaeda’s As-Sahab (The Cloud) media outlet released Saturday and covering a wide range of topics, Al-Zawahiri condemned the crackdown on the Brotherhood, which was declared a terrorist organisation by the cabinet on 25 December.

“The duty on every Muslim is to deter the aggressor by any means, and especially the oppressed Muslims,” he said. “We call on the people to put their revolution on the right track and undertake slogans calling for Islamic Sharia, the path of freedom, social justice and human dignity.”

Al-Zawahiri said as long as the oppressed abide by Islamic Sharia, any means of fighting off oppressors are “valid”.

“The United States and the west are trying to limit Egyptians to peaceful means … [but they] use horrific weapons against us,” he said. “I call on free Egyptians to choose the means that they find suitable [to] lead them to victory.”

Al-Zawahiri also said Al-Qaeda supports “any jihadist operation” against “Zionist entities, the [Egyptian] army, the Ministry of Interior, and  American interests that threaten [Muslim] interests… as long as the operations abide by Islamic jurisprudence and do not harm innocent blood.”

The Al-Qaeda chief advised “our brothers” to focus on avoiding any operations that could hurt popular opinion, since “different models”, including the Taliban and Syrian Jihadists, “have proven that armed resistance requires popular support” from “the Muslim nation”.

Al-Zawahiri has often commented on politics in his native Egypt, having denounced US presidential visits to Egypt, taken aim at Egypt’s restrictions on cross-border movement in Gaza, and called for protests against the Israeli Embassy in Cairo.

During the 25 January Revolution, he pressed for the implementation of Sharia while denouncing former president Hosni Mubarak’s resistance to it. At the same time, he stressed that holy war – not the democratic process – was the only means of achieving reforms.

On 6 July 2013, following the ouster of Islamist former president Mohamed Morsi by the military several days earlier, Al-Zawahiri released a video saying Muslims must sacrifice themselves to “restore legitimacy” and blaming the ouster on a coalition of “Mubarak’s armed forces” allied with the west and the Coptic Church.

He also laid significant blame for the ouster on Egypt’s Islamists, whom he accused of colluding with the army after the 25 January Revolution and allowing “enemies of Sharia and Islam to be part of the committee drafting the [2012] constitution.”

On 29 July and 2 August, two more videos surfaced in which he attacked Morsi’s ouster as the result of “American plotting and the support of Gulf money.”

Al-Zawahiri meanwhile also called on his followers to carry out a new round of kidnappings, with Americans to be specifically targeted, so as to be used as bargaining chips in prisoner exchanges, SITE reported.

“I ask Allah the Glorious to help us set free Dr Omar Abdel-Rahman and the rest of the captive Muslims, and I ask Allah to help us capture from among the Americans and the westerners to enable us to exchange them for our captives,” said Al-Zawahiri,  according to SITE.

Abdel-Rahman, commonly known as “The Blind Sheikh”, is an Egyptian Muslim leader currently serving a life sentence in the US on charges of “seditious conspiracy” for masterminding in the 1993 World Trade Center bombing.

This is not the first time Al-Zawahiri has called for kidnappings of westerners in the interest of prisoner exchanges, having previously done so in October 2012.

In the video, the Al Qaeda chief also repeated his call for unity among Muslims in Jihad, a common feature of many of his speeches over the past few years, addressing in particular the factional splits among Jihadist resistance in Syria. “Everyone should prioritise the interest of Islam and the Ummah over his organisational or partisans interest, even if he gives up for his brothers what he sees as right,” he said.

Born into an upper-class Egyptian family in Cairo’s Maadi suburb, Al-Zawahiri was implicated in the 1981 assassination of former president Anwar Sadat, for which he was arrested, and a 1997 attack on tourists in Luxor that left 62 dead. He later became Al Qaeda’s second in command – and de facto operational chief – until the death of its leader, Osama Bin Laden, in May 2011. He assumed leadership of the organisation in June of that year, according to jihadist websites.

The Search for International Terrorist Entities (SITE) Intelligence Group tracks terrorist and Jihadist organisations and their media outlets worldwide, and has broken numerous stories on videos released by Osama Bin Laden and others.