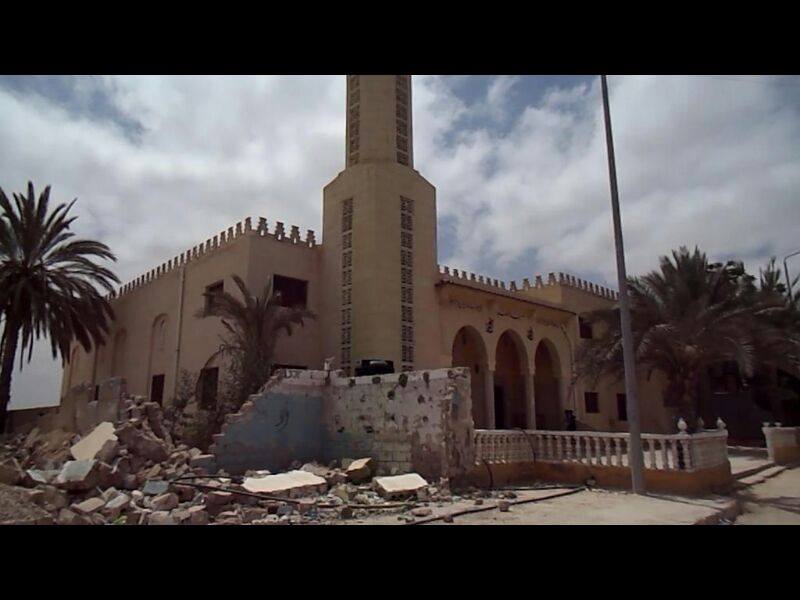 The armed forces say they have discovered and destroyed the openings of six tunnels found in a mosque in the Gaza border town of Rafah.

The tunnels, discovered on Saturday, are thought to have been used by “extremist elements” for “smuggling and infiltration to and from the Gaza Strip in order to intensify their activity in northern Sinai,” said an armed forces statement on Sunday.

Egypt’s armed forces have been targeting the network of tunnels that are known smuggling routes into the Gaza strip, with some large enough to transport vehicles under the border.

The tunnel openings were found behind Al-Nasr Mosque’s washroom, behind the pulpit, one in the southern corner and three “from the bottom of the mosque”, according to the armed forces.

The armed forces destroyed the tunnels using machinery and flooding them with water.

The tunnels provide an alternative to using the border crossing between Egypt and the Palestinian territory, which opens sporadically for a few days at a time. The tunnels are mostly used to smuggle fuel, building materials and people across the border.

In March the armed forces said that 1,370 tunnels had been destroyed, but did not specify the time frame for this figure, according to AFP.

In April Hamas Prime Minister of Gaza Ismail Haniyeh called on Egypt to open the border permanently in “recognition of its historic role in supporting the Palestinian cause”. Last year Hamas accused Egypt of intensifying the blockade that the Gaza Strip has been in enforced by Egypt and Israel since 2007.

Since the overthrow of Mohamed Morsi in July 2013, relations between Egypt and Hamas have deteriorated as Egyptian armed forces operations in North Sinai have intensified. Egypt accused Hamas of interfering in its internal affairs as well as contributing to the rising insurgency in the volatile peninsula, which Hamas denied.