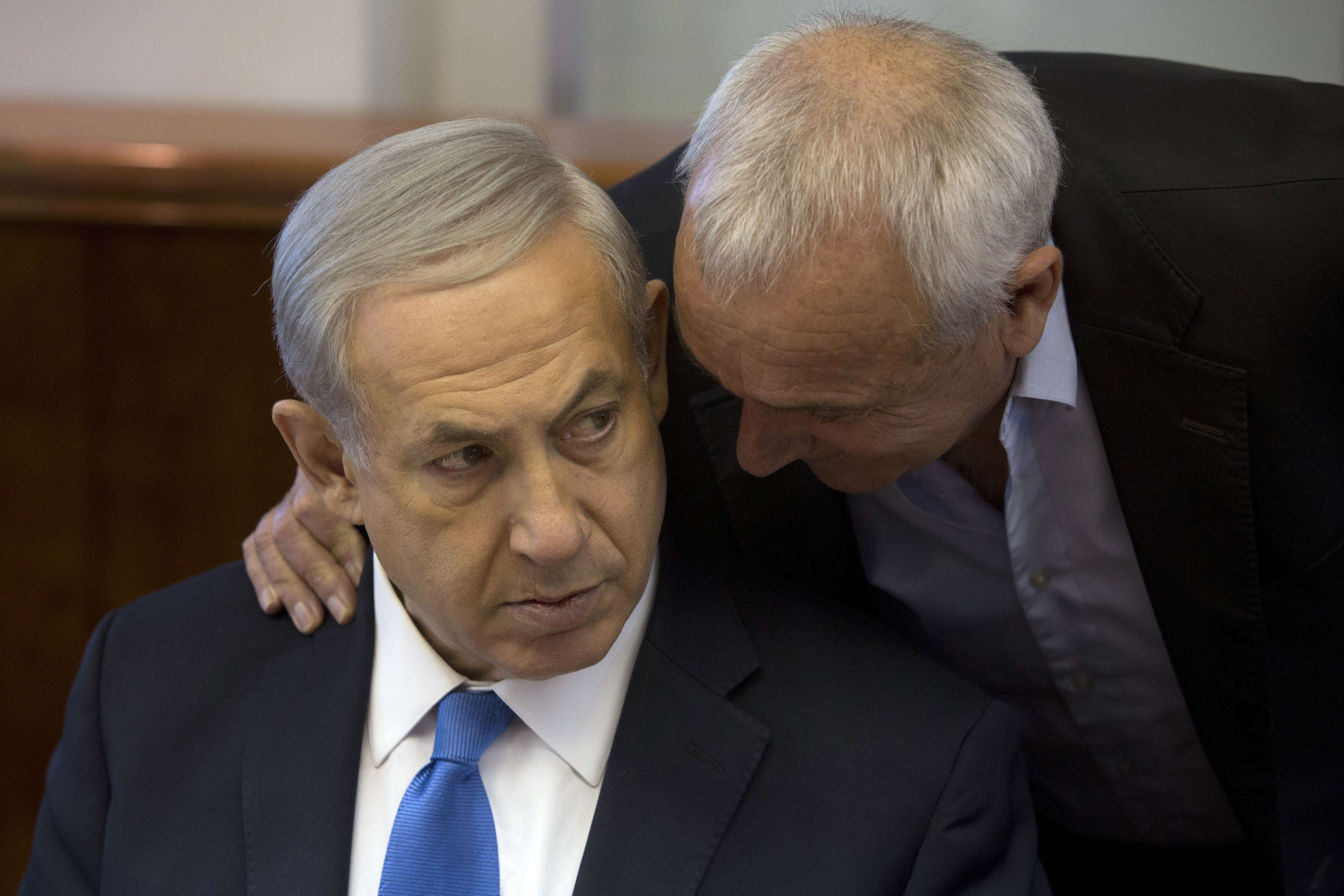 AFP – Israeli cabinet ministers on Sunday differed over the likely fallout on the battered Middle East peace process from an intra-Palestinian reconciliation agreement.

Wednesday’s surprise deal, which saw Palestinian leaders from the West Bank and the Hamas-run Gaza Strip agree to work together after years of bitter rivalry, was denounced the next day by the Israeli security cabinet.

That cabinet said it would “not negotiate” with any Palestinian government backed by the Islamist movement.

In an address to PLO leaders on Saturday, Palestinian president Mahmoud Abbas said the new government, which will be made up of political independents, would recognise Israel, reject violence and abide by existing agreements.

But at Sunday’s weekly meeting of Israel’s full cabinet, Prime Minister Benjamin Netanyahu again slammed the rapprochement between the Palestine Liberation Organisation (PLO) and Hamas, whose charter calls for the destruction of Israel.

“Hamas denies the Holocaust while attempting to carry out a second Holocaust by destroying the state of Israel,” he said. “It is with this Hamas that Abu Mazen [Abbas] chose to make an alliance.”

“Abu Mazen must decide between an alliance with Hamas – a terrorist organisation which denies the Holocaust – and real peace with Israel.”

Justice Minister Tzipi Livni, Israel’s chief negotiator with the Palestinians, said however that it was crucial to wait and see what sort of government emerged.

“The reconciliation agreement between Fatah and Hamas, was quite a disappointment… but we decided to wait and see what happens on the Palestinian side when a new government is created,” she told reporters.

Livni ruled out any talks with Hamas and said the international community must demand that the emerging Palestinian leadership “adopt the requirements” of the Middle East peacemaking Quartet.

“I shall not conduct negotiations – direct or indirect – with Hamas,” she said, suggesting that the peace process was not yet over.

The Quartet demands that Hamas recognise Israel, renounce violence and abide by existing agreements between Israel and the PLO.

Last week, a Palestinian official in Abbas’s Fatah movement, which dominates the PLO, told AFP that the incoming government would accept the Quartet conditions.

Finance Minister Yair Lapid also said it was too early to call time on the negotiations.

“If Hamas accepts the Quartet conditions… it will not, in effect, be Hamas any longer and then there’ll be a basis for discussion,” he told public radio.

“We don’t see it at the moment, but we need to watch and wait and study what’s going on.”

Economy Minister Naftali Bennett, who has stubbornly opposed the US-led peace talks, ruled out any dialogue with groups that have taken part in anti-Israeli attacks.

“Hamas murders Jews, Fatah demands the release of the murderers of Jews. They worked together before and now they are continuing their collaboration,” he said.