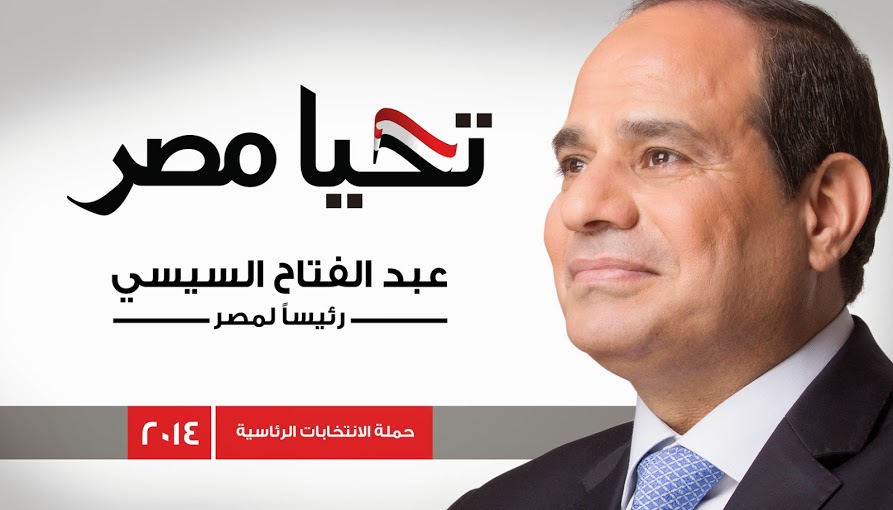 The Justice Party announced Monday that it will support Nasserite politician Hamdeen Sabahy for president, while the Free Egyptians Party decided Sunday to back the bid of former Minister of Defence Abdel Fattah Al-Sisi.

Justice Party Chairman Hamdy Sotoohy said during a press conference that the party “will demand” Sabahy build a modern state.

“We will be the first to oppose him if he does not take steps to build the state,” he said.

Taking the floor afterwards, Sabahy said that even after three years, poverty and subordination remain the same.

“We still did not get rid of the tyranny,” he said.  But he added “we do not have the luxury of giving up on two revolutions, not after all we have given up.”

The Justice Party made the decision after 82% of party members chose to back the Nasserite politician, who is a leader of Al-Tayar Al-Sha’aby (Popular Current) coalition.

Free Egyptians Party Chairman Ahmed Saeed, reading out his party’s statement Sunday night said the country at this stage faces challenges related to economy, security, and terror and is subject to a “conspiracy” that threatens its national security.

Al-Sisi stressed on Monday in a meeting with Philipp Rösler, the managing director of the World Economic Forum, that international bodies “must be attentive to what is happening in the Middle East, in order to curb the spread of extremist ideology, which represents a real threat to the security and stability of all countries of the southern Mediterranean.”

Al-Sisi stressed the necessity of coming up with “clear solutions” to such ideologies, in order to prevent their spread.

By supporting a candidate, Saeed said the party is not granting him a blank cheque to lead the country without any conditions. The Free Egyptians Party made the decision after its High Committee voted in a meeting on Sunday, saying that picking him means a “bias towards Egypt’s national security and support of the fierce and long war against terrorism”.

The party added that once the presidential elections are over, the party will use all of its resources and expertise to back reform plans.

Al-Sisi, who is heavily favoured to win the first round of elections, slated to be held on 26 and 27 May. If necessary, a second round will take place on 16 and 17 June.

One after the other, political groups and parties are making public their stances on the upcoming presidential elections. Al-Wafd Party officially announced its support for the former military chief and used its party offices around the country to help his campaign collect the required signatures of endorsement.

So far, Sabahy is backed by Al-Dostour Party, the Social Popular Alliance Party, and the Revolutionary Socialists.

The Egyptian Social Democratic Party (ESDP) announced earlier this week that it would not support a candidate in the upcoming elections, saying that it would give its members the freedom to choose whomever to vote for on an individual basis.

The Anti-Coup Alliance, is also not picking sides since it does not recognise the legitimacy of the presidential elections. The alliance has called for continuous protests in support of ousted president Mohamed Morsi and said earlier this week that “the position of the president of the republic is not vacant.”

Al-Sisi and Sabahy were the only two candidates to submit 25,000 signatures of support, required to run for office, to the Supreme Electoral Commission before the deadline 20 April.  While Al-Sisi’s campaign, handed the commission 188,930 signatures to support his bid, Sabahy’s collected 31,555. The commission is scheduled to announce the final list of candidates on 2 May after reviewing the signatures.