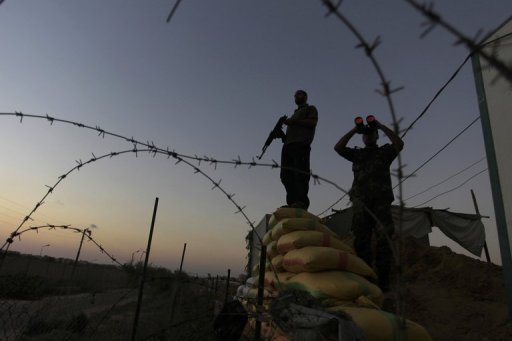 Egyptian authorities opened the Rafah border crossing, which connects Egypt with the Gaza Strip, on Tuesday for two days.

Barakat Al-Farra, the Palestinian Authority Ambassador to Egypt, said that opening the crossing for two days “came in response to the will of [Palestinian Authority] President Mahmoud Abbas”. Al-Farra thanked Egyptian efforts and the Egyptian General Intelligence for their continuous quest and efforts to “alleviate suffering of our people in the Gaza Strip”.

The last time the border crossing was open for humanitarian cases was a month ago.

Since the ouster of former president Mohamed Morsi in July, Egyptian authorities subjected the Rafah border crossing to repeated shutdowns, which continuously lasted for longer stretches of time.

The disruption of the border crossing has worsened an already stretched humanitarian condition in the besieged strip. Citing Palestinian officials, a report by the United Nations Office for the Coordination of Humanitarian Affairs states that, “thousands of people including medical cases, students and holders of visas to third countries are stranded in both Gaza and inside Egypt waiting to cross through.”

The period following Morsi’s ouster also saw an intensified crackdown on illegal tunneling activity. On Saturday, the armed forces said they discovered and destroyed the openings of six tunnels found in a mosque in the Gaza border town of Rafah.

The strip relies on the tunnels to smuggle fuel, building materials and people across the border. Tunnels have been used as an alternative to using the border crossing, with some large enough to support transport vehicles.

This change in the Rafah crossing policy came in tandem with the beginning of the deterioration of Cairo-Hamas ties.

In March, an Egyptian court ruled to temporarily ban the activities of Hamas inside Egypt and ordered the seizure of their offices. Hamas strongly condemned the ruling, describing it as “unjustified” and “based on fabrications and false news”.  It considers the decision a political one.

Egypt accused Hamas of interfering with its internal affairs as well as contributing to the rising insurgency in the volatile peninsula, which Hamas denied.

In April Hamas Prime Minister of Gaza Ismail Haniyeh called on Egypt to open the border permanently in “recognition of its historic role in supporting the Palestinian cause”. Last year Hamas accused Egypt of intensifying the blockade that the Gaza Strip has been in enforced by Egypt and Israel since 2007.