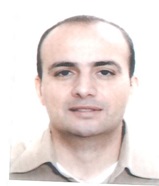 In the automotive industry, there was hard work exerted to new technologies introduced to increase fuel consumption, but the cars which we drive today didn’t reach a remarkable increase in fuel efficiency. This already increased by 60% in the last decade, but in the same time the weight of the vehicles due to introducing more luxury and higher performance vehicles increase by 26% and the horse power increased by 107%.

Most of the gains of fuel economy are thus lost to provide luxury in the form of weight and horsepower.

In heating and cooling houses, there have been dramatic increases in energy efficiency, leading to much lower bills for home power bills. However, homeowners have then used their savings in power to buy bigger houses and thus consuming a greater quantity of energy.

Thus, the age of consumerism in which we are living is cannibalising all the efforts and development of energy efficient technologies. High levels of efficiency and provide good savings on energy bill, but aggressive consumption has undermined its value.