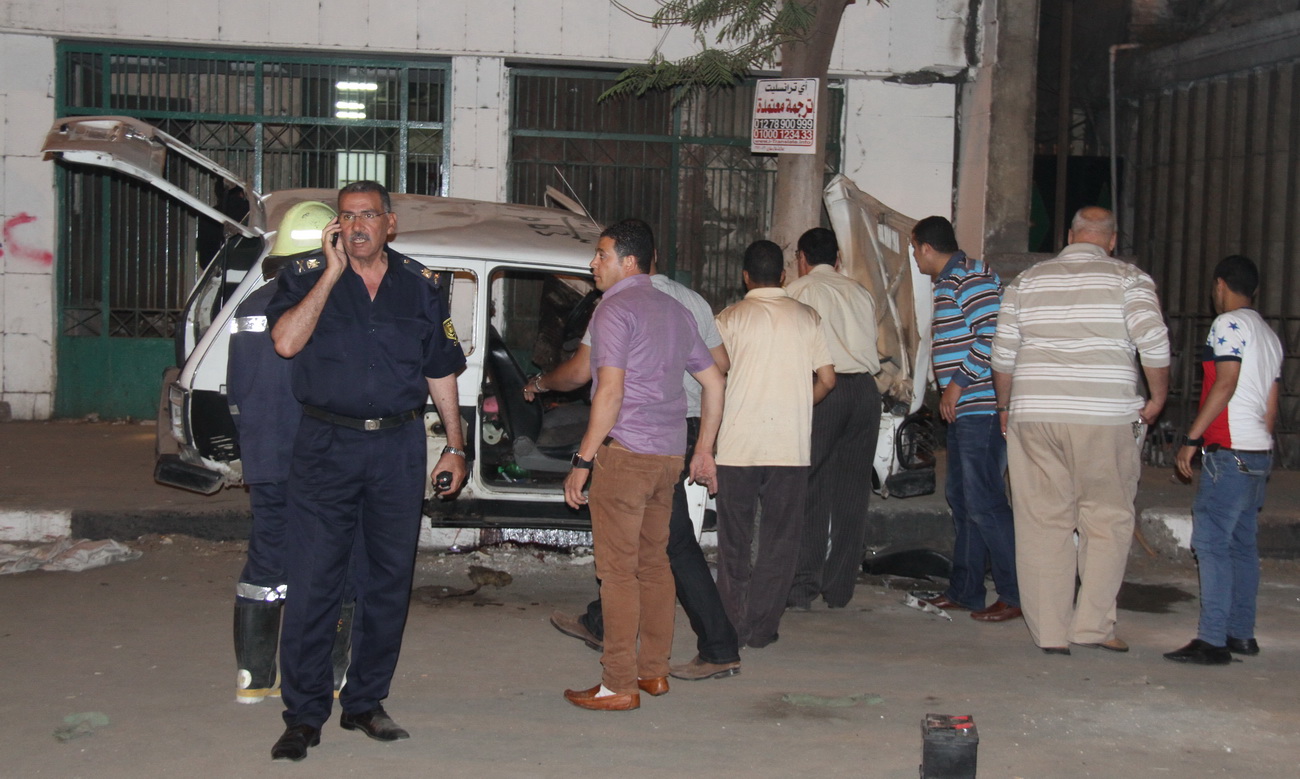 In a statement released to jihadi websites, Ansar Beit Al-Maqdis said: “We will not rest until we achieve retribution for the blood and honour of the Muslims.”

The first bombing took place early Friday morning at a joint-security checkpoint in Al-Tur City, in South Sinai, near the resort town of Sharm El-Sheikh according to the armed forces spokesman Colonel Ahmed Ali. The explosion killed both the bomber and a conscript, and injured three policemen and one soldier, according to the Ministry of Interior.

Another suicide bombing was reported on Al-Tur road as a bus was driving by. The blast killed the suicide bomber and injured four factory workers, the latter being among the passengers of the bus, the Ministry of Interior said.

No arrests have been made for either of the bombings, said Ministry of Interior spokesman Ahmed Mansour, but security operations have in Sinai have been intensified to find the perpetrators.

Bombs also rocked Cairo on Friday. An improvised explosive device detonated in Heliopolis, killing one traffic police officer, and injuring four other security personnel. Later Friday night, a car exploded in Ramses Square, killing the driver, and causing minor injuries to a passerby. Ansar Beit Al-Maqdis did not claim responsibility for these attacks.

The Ministry of Interior released a statement on Sunday claiming to have arrested 36 terrorist cells, and confiscated 2,679 firearms and 32 bombs during the month of April. Notably, the statement said that 15 people were arrested for “managing inflammatory threads” on social networking sites including Facebook.

Since the 3 July military-backed ouster of deposed president Mohamed Morsi, Egypt has faced a rising militant insurgency in the Sinai Peninsula, mainly targeting security officials. Such attacks have prompted a heavy military presence within the peninsula.

Last month Egypt, along with the United States and United Kingdom, officially labelled Ansar Beit Al-Maqdis a terrorist organisation, giving security forces and the courts wider breadth to fight and prosecute those associated with the group.

Founded in 2011, Ansar Beit Al-Maqdis has claimed responsibility for a number of violent attacks since 3 July.

In October, Ansar Beit Al-Maqdis also claimed responsibility for an attack on the military intelligence building in Ismailia that injured six, claiming that they carried it out “to cleanse Egypt of crime and military foreign agents”, and took ownership of the 24 December blast in the Al-Daqahleya Security Directorate in Mansoura, resulting in the death of 16 people and the injury of more than 100.

The militants also claimed responsibility for assassinations and the downing of a military helicopter in January.

On 24 January the group carried out a series of bomb attacks around the Greater Cairo area, leaving six dead and dozens injured.

On 25 December, former Prime Minister Hazem El-Beblawi’s cabinet announced the listing of Morsi’s Muslim Brotherhood as a terrorist organisation following the bombing of the Mansoura Security Directorate, though Ansar Beit Al-Maqdis claimed responsibility for the attack.

A factsheet prepared by the Ministry of Foreign Affairs puts the death toll for terrorist activities since January 2011 to 23 April at 971, including 477 policemen and 187 army personnel.

On 3 April, Prime Minister Ibrahim Mehleb’s cabinet amended articles of the Penal Code and the Criminal Procedures Law in a manner which guarantees harsher punishments for crimes relating to terrorism. The amendments, waiting on the president’s ratification to pass, have garnered domestic and international criticism as they are expected to further worsen the already-deteriorating situation of freedoms in Egypt.